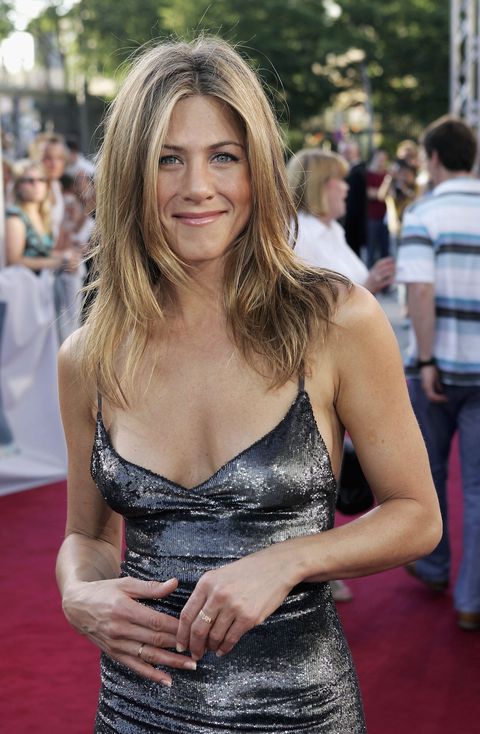 Jennifer Aniston has been a Hollywood icon ever since she danced in a McDonald's in 1988's Mac and Me. Of course, most people now know her for playing Thee Rachel Green and most recently, Alex Levy in The Morning Show. But even though Jennifer continues to add credits to her impressive filmography, she admitted she once seriously considered quitting acting.

During the SmartLess podcast, the Aveeno legend told Jason Bateman, Sean Hayes, and Will Arnett, "I would have to say the last two years that [quitting] has crossed my mind, which it never did before." She added that it "sucked the life out of me" and she thought, "I don't know if this is what interests me."

Jennifer didn't say what role made her reconsider her career path, but this was an "unprepared project" that she completed before The Morning Show. Excuse me while I go sift through her acting credits on IMDB!

As for what she'd do instead of acting, she had a genius idea. Sorry, it does not involve more quality spon con like her former Smartwater deal! Instead, Jen said she'd like to dip her toe into the professional world of interior design. "I love it. It's my happy place. It's really a happy place for me," she said.

Okay, @ Bed Bath and Beyond, Pottery Barn, Crate and Barrel, Williams Sonoma— somebody! Let's get an interior design collab in the works! I, for one, would love to fill my shoebox apartment with decorative pillows and overpriced cutting boards designed by Jen.