An old picture of late actor Sushant Singh Rajput with actress Akansha Ranjan Kapoor is going viral on the internet. 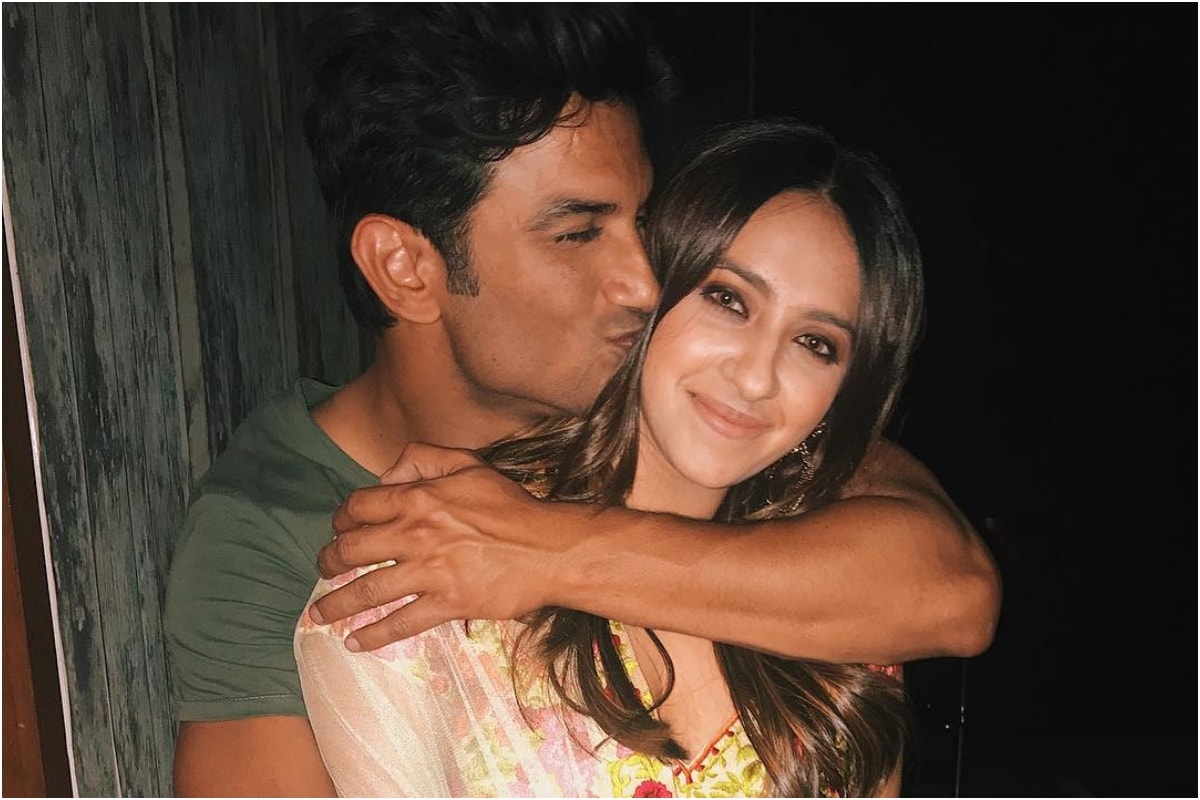 An old picture of late actor Sushant Singh Rajput with actress Akansha Ranjan Kapoor is going viral on the internet. Reportedly, the picture was clicked at Ramesh Taurani’s Diwali party in 2017 which was attended by who’s who of Bollywood. The picture was also shared by Akansha on her Instagram timeline. She had captioned the pic as: “Day 1 continued.”

Mourning the loss, Akansha had also shared a selfie with Sushant on June 14 after he passed away. She wrote "Forever" in the caption.

Akansha in her latest Instagram post demanded justice for Rhea Chakraborty, one of the prime accused in Sushant Singh Rajput's death case. In a lengthy post, she called out those who allegedly created "false narrative and misinformed an ENTIRE nation for a few extra TRP’s."

"Understand that the people who have maintained their silence or are saying otherwise is because they KNOW the FACTS and the person and have actually INTERACTED with him and not just watched his films in the theatre or watched some garbage news channels to form an opinion. Let’s get one thing straight - the loudest person in the room ISN’T ALWAYS RIGHT. Depression is a DISEASE and it doesn’t carefully handpick you based on your fame and success. You lose to it, the same way you lose to cancer," she wrote.

"I refuse to bend over backwards and stay silent for even one more second because I’m afraid of being abused by some sick in the mind nameless shits who will run to ‘boycott’ the next thing I do. I understand everybody’s need for closure but as someone who has lost a loved one to mental

illness, I know the best thing we can do sometimes is find peace in the fact that the person made that choice themselves. In our country when a woman is raped, we try to blame her for instigating the man rather than holding him - the perpetrator - accountable for his crime. And once again, here we are today. We would rather believe a woman has practiced black magic and celebrate her public downfall than accept that a man made a choice all on his own," she added.

Meanwhile, six more persons were arrested from Mumbai on Sunday by the Narcotics Control Bureau (NCB) probing the drug angle in connection with actor Sushant Singh Rajput death case, taking the total count of people held so far to 16. Raids are being conducted across Mumbai and Goa to nab those associated with the supply, distribution and consumption of drugs based on Showik and Rhea Chakraborty, Samuel Miranda and Dipesh Sawant's testimony.