The Duchess Review: To Create Something Funny, It Slips in Highly Implausible Situations

In Katherine Ryan's effort to create something funny, she slips with some highly implausible situations. 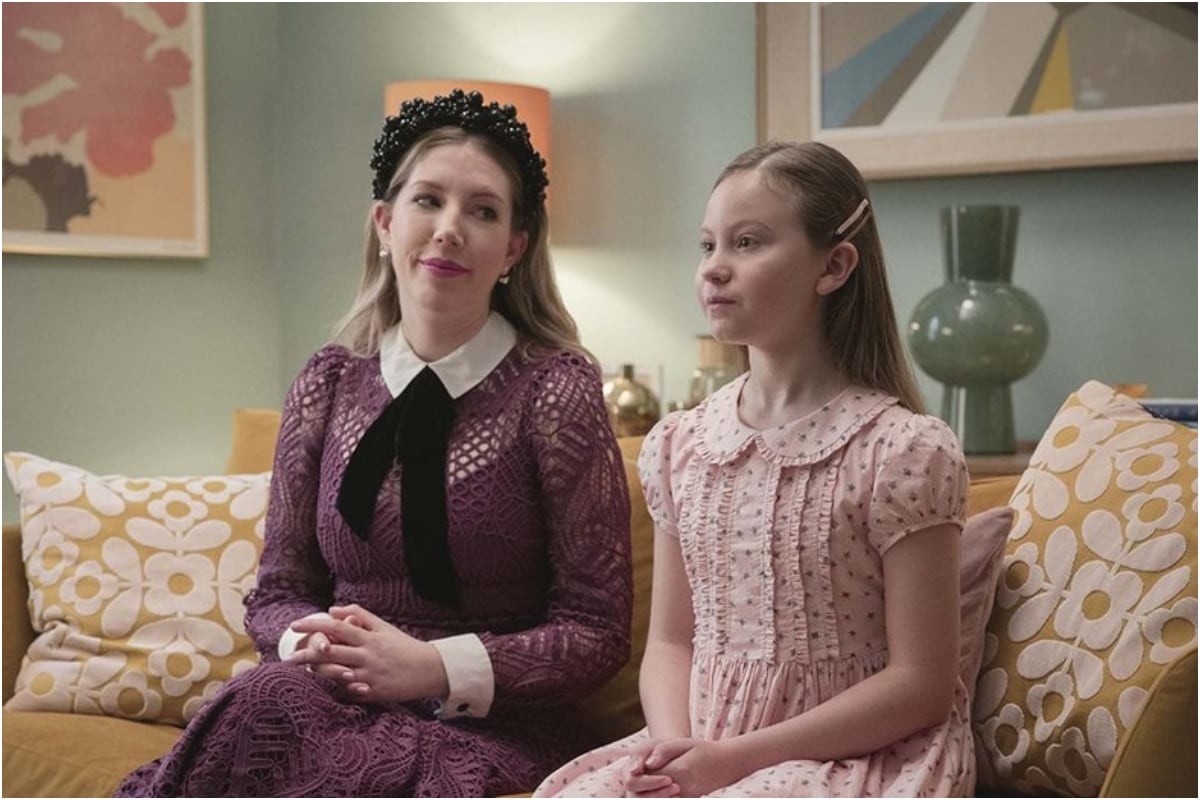 The semi-autobiographical, Netflix offer, The Duchess, reminded me of Ayushmann Khurrana's Vicky Donor, where the protagonist is a sperm supplier (his own, of course) to help women who cannot have babies. Vicky, that is his name, does this for a fee that a fertility clinic (nothing illegal about it, as the doctor, played with remarkable excellence by Anu Kapoor, avers) gives him. His fee gets fatter as the clinic begins to hit gold with parents delirious after getting a child.

In The Duchess, Katherine (essayed by Katherine Ryan herself) is a fire-breathing feminist who believes that the women of the world can get on without men. They can always walk into a clinic and buy/get the sperm they need. Only that here in this case, Katherine is desperate to have a kid that will resemble her own nine-year-old Olive (Katy Byrne) – whose father is Shep (Rory Keenan). The problem – Katherine and Shep are divorced, and she literally hates even the sight of him, describing him as a member of a useless boy band. Shep is good natured, living like a hippie in his ramshackle boat and is all set to plunge into another marriage.

Although Katherine develops a soft stop for her daughter's dentist, young and handsome Evan (Steen Raskopoulos), she is undecided about walking into another binding relationship. And if the two do get married and have a baby, it may not be quite like what even Olive desires. A sibling just like her! Katherine of course dotes on her girl, who can be moody and mercurial. But for the mother, she is the epitome of perfection, and she wants to duplicate this.

So, Katherine hits upon an idea. Why not ask Shep to donate his sperm and she could conceive with it to produce another flawless offspring! Shep agrees but with riders, several of them: payment and actual sex with her.

All these lead to some hilarious situations, some of them are quite silly. In Ryan's effort to create something funny, she slips with some highly implausible situations. To reveal what they are would mean letting spoilers out.

In the end, the movie can be somewhat unfunny. It is certainly vile with some of the scenes at Olive's school serving as examples. It can also be vulgar; look at the logo on Katherine's sweater. And, I would think modern women with their economic independence and attracting an arsenal of popular sympathy would hardly need to beg for a man's sperm. Herein lies the contradiction in Katherine's character, which is a slip in the script.