After Court Rejects Bail, Rhea, Showik Chakraborty and 4 Other Accused to Move HC Next Week

Until she gets further relief, Rhea Chakraborty - who was arrested on September 8 and sent to judicial custody till September 22 - will remain in Byculla Jail. 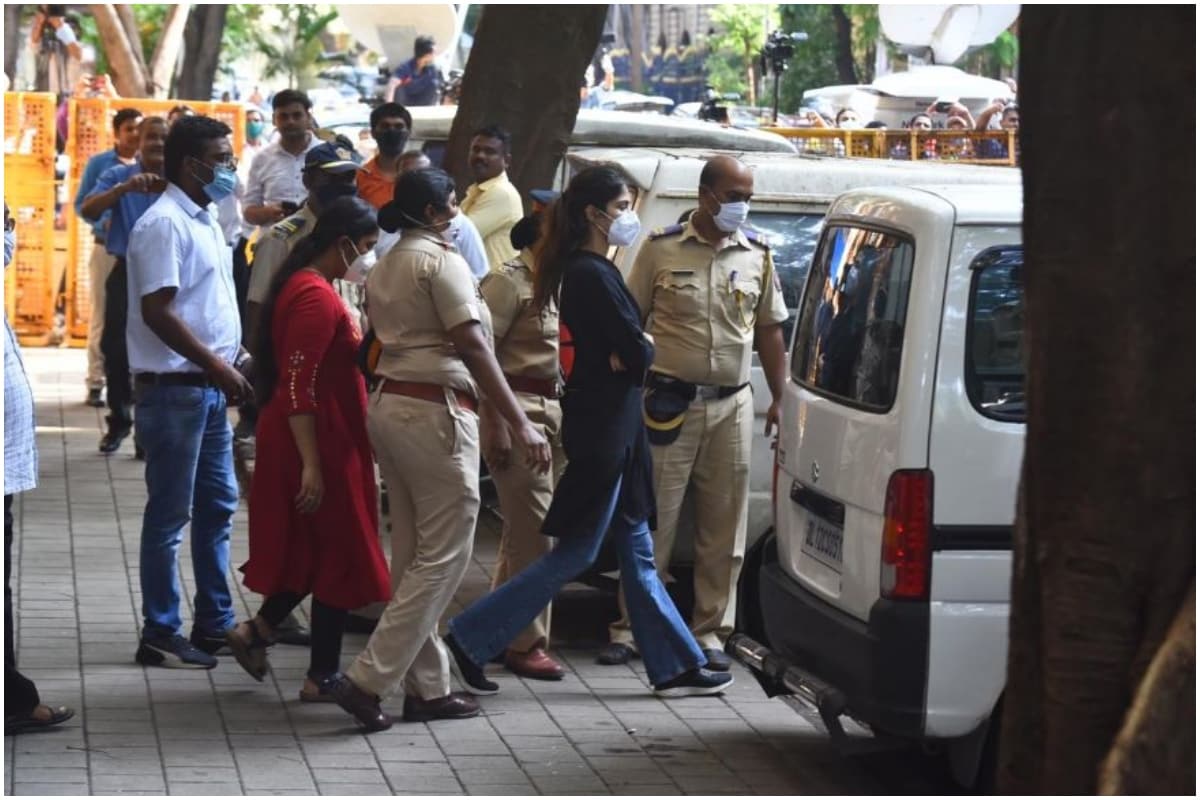 All the six accused - including Samuel Miranda, Dipesh Swant, Abdul Basit and Zaid Vilatra - are likely to move the Bombay High Court for bail, he added shortly after the ruling.

"Once we get a copy of the NDPS Special Court Order, we will decide next week on the course of action about approaching the Bombay High Court," Maneshinde told mediapersons.

Until she gets further relief, Rhea, 28 - who was arrested on Sep. 8 and sent to judicial custody till Sep. 22 - will remain in the Byculla Jail.

In the bail plea, Maneshinde forcefully argued that there is nothing on record to suggest that Rhea was in any way involved with the financing of illicit drug traffic or harbouring offenders in relations to any narcotic drugs or psychotropic substances.

He pointed out to Special Judge GB Gurao that the NCB was silent on the quantum of drugs, the type of drugs allegedly procured and financed by her, the quantum of the narcotics.

"The case against her is that she coordinated the delivery of drugs for her boyfriend (Sushant) and occasionally even made the payment for it...These allegations make for an offence that is bailable," Maneshinde contended.

Rhea, in her bail plea, has alleged that she was "coerced" into making "self-incrimating confessions" during her interrogations by NCB for three days this week, and maintained that she has not committed any crime whatsoever but was being falsely framed in the case.

Retracting her "self-incriminating confessions", she termed her arrest as "unwarranted, without any justification," "arbitrarily curtailed her liberty", she faced death and rape threats and there were no female officers present during her interrogation, which took place on Sep. 6,7, and 8, with her arrest coming on the final day.

Opposing the plea, the Special Public Prosecutor Atul Sarpande argued that she could influence the witnesses or tamper with evidence with her money power and must not be enlarged on bail.

Rejecting the defendents' plea, Special Judge Gurao rejected their bail applications and all the accused will continue to remain in custody till any relief is granted by the Bombay High Court.