Akshay Kumar shot for the episode at Bandipur Tiger Reserve in Karnataka in January this year. 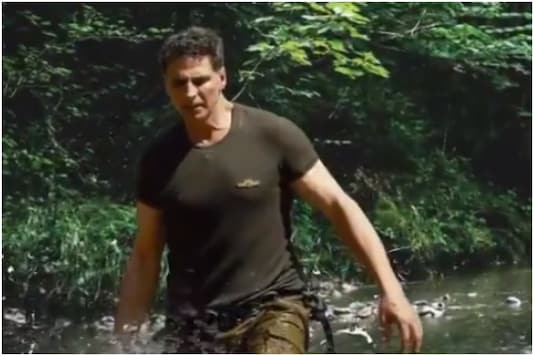 Akshay Kumar shot for the episode at Bandipur Tiger Reserve in Karnataka in January this year. IANS Last Updated: September 25, 2020, 9:16 AM IST FOLLOW US ON:

Akshay Kumar has set a new record. This time, though, the big-screen superstar has made history on television. The recent episode of British adventurer Bear Grylls' show "Into The Wild" featuring Akshay has emerged as the second most-watched television show in the history of the infotainment genre in India.

Akshay shot for the episode at Bandipur Tiger Reserve in Karnataka in January this year. Before Akshay, superstar Rajinikanth and Prime Minister Narendra Modi have featured in Bear Gryll's show.

Meanwhile, Akshay is currently busy shooting Bell Bottom in the UK. His other upcoming projects include Atrangi Re, a film on Prithviraj Chauhan, Bachchan Pandey, Laxmmi Bomb and Sooryavanshi. Laxmmi Bomb will premiere on Disney+Hotstar this Diwali.