Anushka Sharma took to Instagram stories to call out Sunil Gavaskar for his 'distasteful' comment about Virat Kohli and Anushka Sharma during Thursday's IPL match. 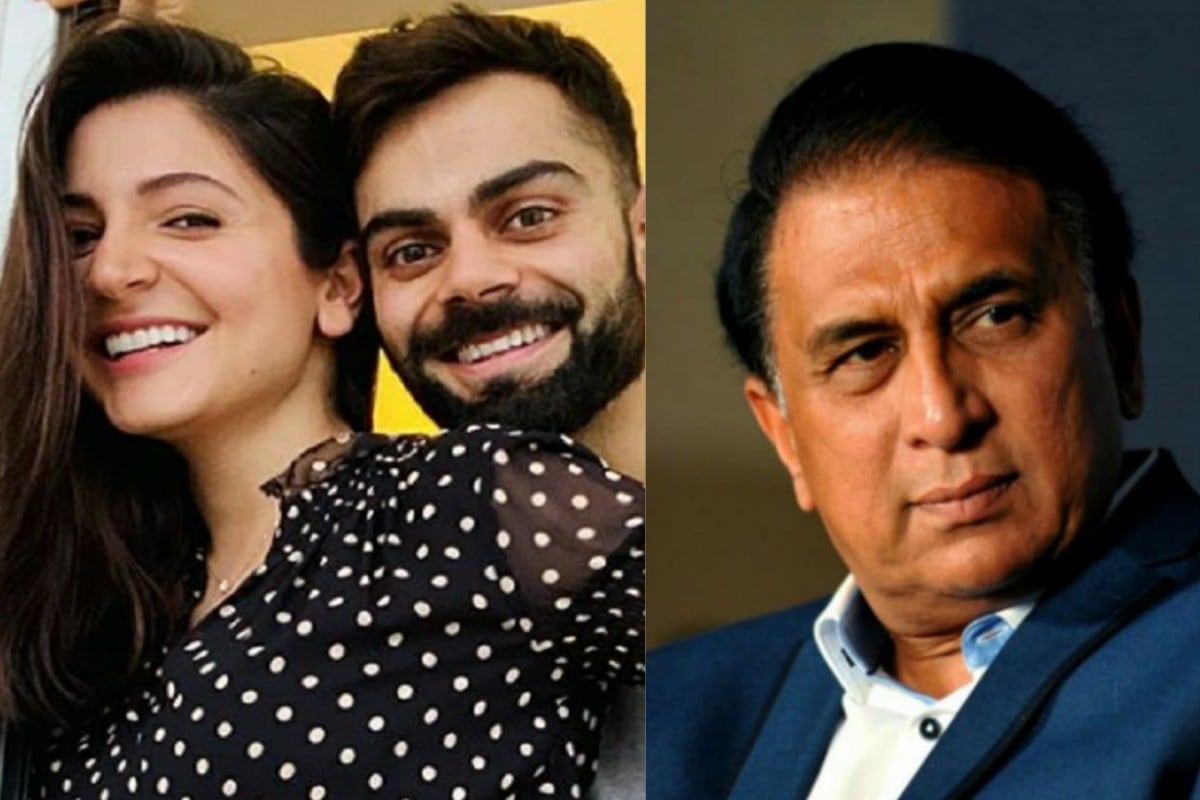 Legendary cricketer Sunil Gavaskar on Friday found himself in the midst of a controversy for making an unsavoury comment against Virat Kohli and his wife Anushka Sharma after the Indian captain's forgettable outing in the IPL. Reacting to what she termed a 'distasteful message' by Gavaskar, Sharma sought an explanation from the former India captain.

After dropping two catches, Kohli, undoubtedly one of the best when it comes to chases, failed with the bat, managing just a run off five balls against Kings XI Punjab here on Thursday night. In the commentary box, Gavaskar came up with a shocking comment involving Kohli's actor wife Anushka.

Sharma reacted to it by putting a statement on her Instagram page. She wrote, 'That, Mr Gavaskar, your message is distasteful is a fact but I would love for you to explain why you thought of making such a sweeping statement on a wife accusing her for her husband's game?. I am sure over the years you have respected the private lives of every cricketer while commentating on the game. Don't you think you should have equal amount of respect for me and us?" 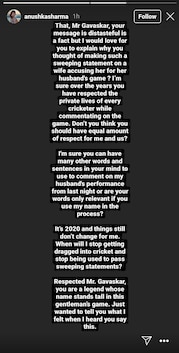 "I am sure you can have many words and sentences in your mind to use to comment on my husband's performance from last night or are your words only relevant if you use my name in the process?" she added. Over the years, on quite a few instances the Bollywood actress has been blamed whenever her high-profile cricketer husband under-performed on the field, and she rued that fact.

Sharma added, "It's 2020 and things still don't change for me. When will I stop getting dragged into cricket and stop being used to pass sweeping statements? Respected Mr. Gavaskar, you are a legend whose name stands tall in this gentleman's game. Just wanted to tell you what I felt when I heard you say this," she concluded.

Actress Zareen Khan penned a note supporting Anushka. She said that the actress was never appreciated when the Indian skipper performed well and should not be blamed for his performance.

Twitterati was also quick to react, while many people said that the legendary cricketer did not mean it in a distasteful way, other's said that the nature of blaming Anushka for Virat's performance was 'sexist.'

Virat Kohli will be next leading Royal Challengers Bangalore in a match against Mumbai Indians on Monday, September 28, 2020.