Anushka Sharma and Virat Kohli are expecting their first child together and mommy-to-be is glowing with joy in her latest social media picture. Take a look. 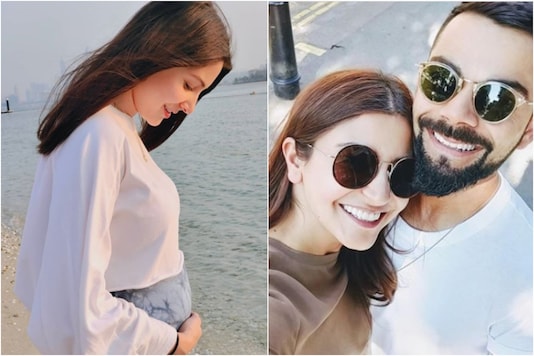 Anushka Sharma and Virat Kohli are expecting their first child together and mommy-to-be is glowing with joy in her latest social media picture. Take a look. News18.com Last Updated: September 13, 2020, 7:58 PM IST FOLLOW US ON:

Anushka Sharma, who recently announced her pregnancy with Virat Kohli in a social media post, shared a lovely picture of herself enjoying maternity as she cradled her baby bump by the beachside.

Alongside the smiling pic, she wrote, "Nothing is more real & humbling than experiencing creation of life in you . When this is not in your control then really what is (sic)?"

Responding to Anushka's lovely image, Virat wrote in the comments section, "My whole world in one frame."

Anushka and Virat revealed their lockdown pregnancy via a social media post earlier in August. They also announced that the baby's due date is in January 2021.

The couple tied the knot in December 2017 in Italy. Anushka has stayed away from the silver screen since Zero released in 2018. Now, there are reports that she may be cast in Adipurush as Sita opposite Prabhas and Saif Ali Khan. However, an official confirmation is awaited in the regard.

Anushka's production house Clean Slate Films has been backing web series like Paatal Lok for Amazon Prime Video and movies like Bulbbul for Netflix during the lockdown.