Yesterday, while criticising the Brihanmumbai Municipal Corporation's (BMC) partial demolition of Kangana Ranaut's office on his show, Arnab Goswami gave examples of other B-town celebs, who were served notices by the BMC and given enough time. While speaking about Arjun Kapoor's 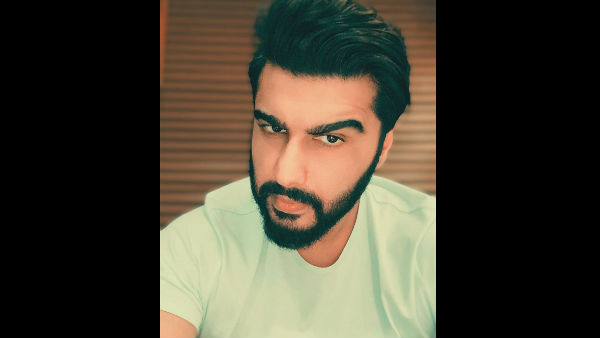 Yesterday, while criticising the Brihanmumbai Municipal Corporation's (BMC) partial demolition of Kangana Ranaut's office on his show, Arnab Goswami gave examples of other B-town celebs, who were served notices by the BMC and given enough time. While speaking about Arjun Kapoor's illegal terrace gym, which was demolished by BMC a year after serving notice to the actor, Arnab said, "There is one person called Arjun Kapoor.. I don't know, they say he is a small time actor. I don't know who he is. But this Arjun Kapoor, whoever this small-time actor is..."

This clip of Arnab Goswami is going viral on the internet, and netizens have already kickstarted a meme fest. From trolling Arjun to sharing memes on Arnab's jibe at Arjun, they're doing everything that might not go down well with Arjun and his fans. Have a look..

Arjun Kapoor after seeing himself trending but only because Arnab called him a small time actor. pic.twitter.com/lQGtbWltKY

Arjun Kapoor to Arnab : u called me actor pic.twitter.com/L8cdb4F3fI

Arjun kapoor during the shoot of the movie be like:- pic.twitter.com/9CPH81mI5B

Arjun Kapoor after being addressed as an actor pic.twitter.com/NKOtIefCMS

On a related note, filmmaker Hansal Mehta has slammed Arnab's statement on Arjun Kapoor and tweeted, "NOBODY IS A "SMALL-TIME" ACTOR. GET THAT STRAIGHT F*CKHEAD ARNAB. ENOUGH OF THIS DEMEANING AND ABUSE OF OUR PROFESSION."

Actress-turned-filmmaker Pooja Bhatt also slammed Arnab and tweeted, "I agree with @mehtahansal when he says "Nobody is a small time actor". People use terms like the above & 'out of work' actor, 'B' or 'C' grade actor as a means to dismiss & degrade.The joy & trial of being an actor/artist is that at some point you are going to be out of work."

She further tweeted, "That's what makes ALL artistes across board such courageous people. To constantly embrace uncertainty,to plod on & put your best face forward even after enduring failure. To follow your heart & hone your art no matter how average or brilliant people think you are-that takes guts!"