'At 35, Still Not Grown up?' Netizens to Sonam for Saying She Wants to Be Jaya Bachchan When She Grows Up

While lauding Jaya Bachchan's parliament speech, Sonam Kapoor tweeted that she wants to be like the veteran actress when she "grows up." Netizens immediately replied to her tweet, questioning her what she meant by "growing up" at 35. 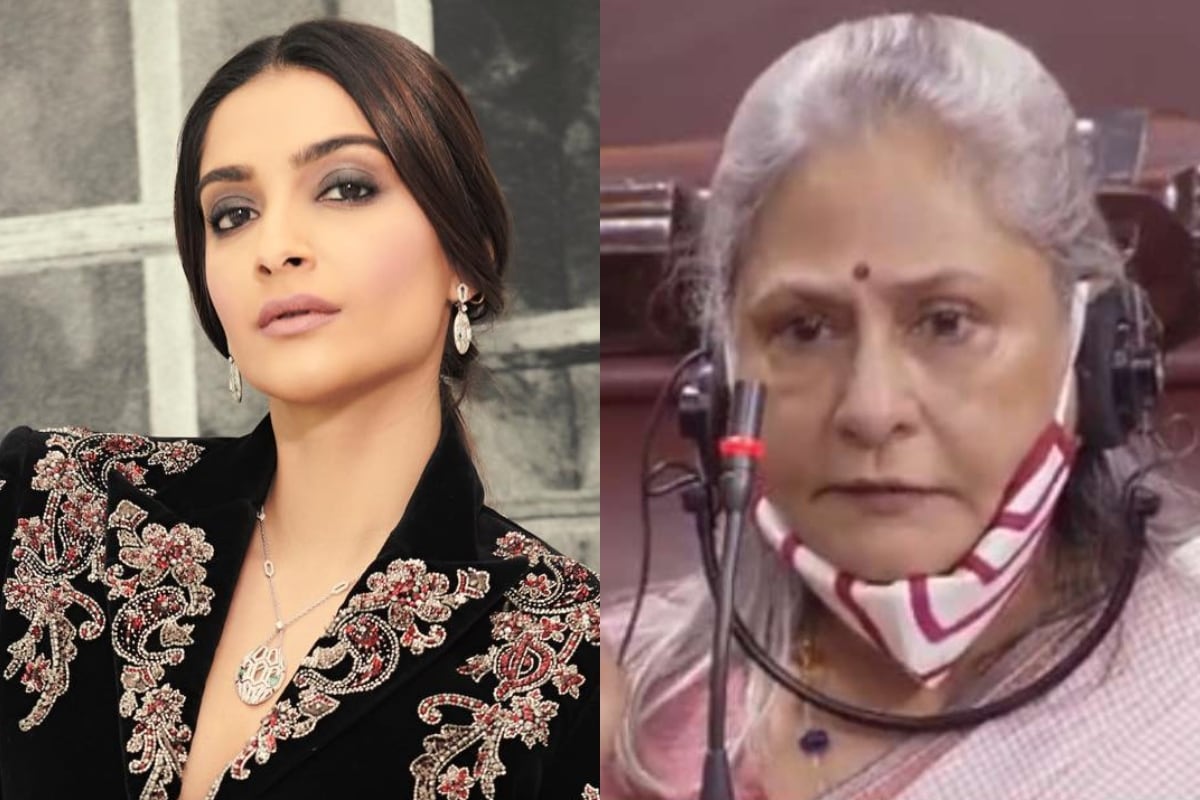 While lauding Jaya Bachchan's parliament speech, Sonam Kapoor tweeted that she wants to be like the veteran actress when she "grows up." Netizens immediately replied to her tweet, questioning her what she meant by "growing up" at 35. IANS Last Updated: September 15, 2020, 7:25 PM IST FOLLOW US ON:

Bollywood actress Sonam Kapoor is being trolled for saying she wants to be like Jaya Bachchan when she grows up. Veteran actress and Samajwadi Party member Jaya Bachchan in her speech at the Rajya Sabha alleged that a continuous attempt is being made to defame the film industry.

Extending support to her, Sonam Kapoor tweeted from her verified account: "I want to be her when I grow up." Netizens immediately replied to her tweet, questioning the 35-year-old actress what she meant by "growing up" at 35.

A user tweeted, "Aur kitna grow? U already became an aunty. Do u think urself to be sweet 16 ?? And yes, say directly that u too wanna support consumption of drugs & save criminals like Jaya! #WeStayUnited4SSR." (sic)

"kaun se class mein padhti hain aap (in which class do you study)?" asked another user. "Roses Are Red, Violets Are Blue, Sonam Kapoor at 35 is Still Not Grown Up, Let's Laugh Me & You #SonamKapoor," shared another user.

"Sonam Kapoor still thinks of growing up? Acted in movies, modeled, gossiped on Karan Johar shows, got an award, and later got married. When will she grow up?" exclaimed another user.

Sonam Kapoor thinks she is a kid . How much more time she needs to grow up.She means old like Jaya Bachchan

And sonam kapoor is still waiting to grow up..!!!!! How grown up does she want to be now..

"This is what spine looks like," filmmaker Anubhav Sinha tweeted on Tuesday, endorsing the Samajwadi Party MP's views that the entire industry can't be tarnished because of the acts of a few people.

"I send my greetings to Jaya ji. Those who don't know can see that this is what the spine looks like," Sinha tweeted in Hindi. Actor Taapsee Pannu also tweeted in Bachchan's support.