At 98, Pierre Cardin Holds the Secret to What's Next in Fashion

With a virtual fashion month upon us, the designer's vision as seen in a new documentary, feels especially timely. 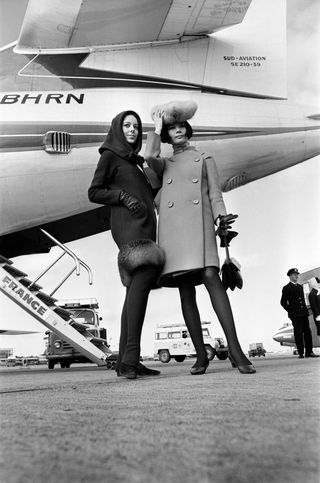 Style Points is a new weekly column about how fashion intersects with the wider world.

All designers have an obsession; Pierre Cardin's is the circle. From the moon to a spacesuit's globular helmet, the shape fascinates him. You can see it in his work, namely the circular dresses he's designed, and even in his home: one of his residences, the Palais Bulles outside Cannes, is studded with literal bubbles. The appeal of the circle, the 98-year-old designer says in the new documentary House of Cardin, is that it's "infinite." "A square, a rectangle, a triangle has an end," he says. "But a circle is a continuation."

This fixation on infinity dominated some of Cardin's most famous '60's designs. He was so besotted with the space program that he even made a trip to NASA, where he became the first civilian to don one of their spacesuits. While his futuristic designs didn't go on to become everyday wear, they certainly came to influence the work of experimental designers long after him. Would we have Lady Gaga's plastic VMA's bubble shield, if not for Cardin's influence? 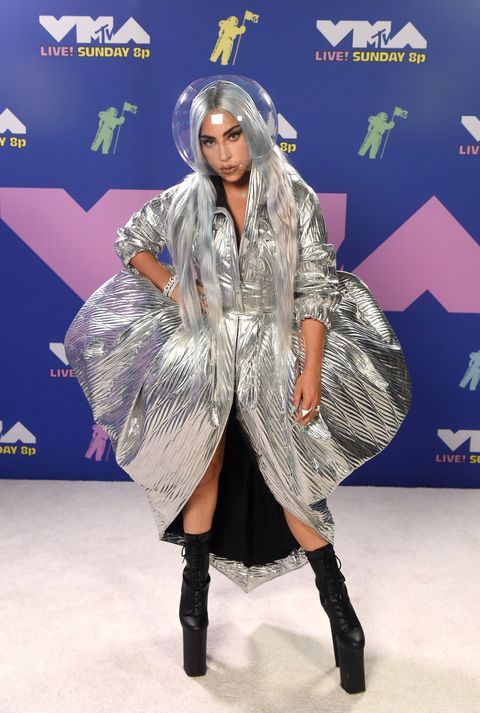 The documentary, directed by P. David Ebersole and Todd Hughes, includes aficionados like Naomi Campbell (wearing a Mod-chic vintage Cardin look) and Jean-Paul Gaultier singing the designer's praises. Cardin was already a disruptor back when Silicon Valley was just a valley. And at a time when we're all now peering uncertainly through frosted glass at the future of fashion, the designer's exuberant embrace of all things new feels like a template for future innovation.

Cardin, along with his contemporaries André Courrèges and Paco Rabanne, embodied a kind of techno-optimism that, while it feels very remote today, still feels tinged with excitement. He experimented with then-new synthetic materials like plastic and his own creation "Cardine." He favored freeing silhouettes that stood away from the body. His experiments weren't just aesthetic. He also did away with many of the traditional ways of thinking, like embracing ready-to-wear and the Youthquake as opposed to the then-dominant couture establishment.

Cardin's most on-target prediction was that licensing would be the future. He put his name on everything from mattresses and answering machines. The conventional wisdom held that doing this would dilute his fashion brand. Cardin responded, "Yes, maybe. But this is how I see the future." The licensing business ended up being the smartest decision he ever made; it gave him the revenue to keep his business completely independent.

He was also ahead of his time in popularizing the idea of a "lifestyle brand," designing his own furniture and rugs, and even a car, the Cardin Javelin. We've now seen designers from Giorgio Armani to Ralph Lauren branch into the food world, but Cardin was the one who helped make that kind of move seem commonplace. After being rejected from the Paris restaurant Maxim's for wearing a turtleneck instead of a dress shirt and bow tie, the designer went on to enact the ultimate revenge: he bought the restaurant, and still owns it today.

He also embraced inclusivity long before that was a term, casting Black and Asian models in his shows at a time when very few designers did so. "He was extremely instrumental in being one of the designers to use models of diversity," Campbell explains in the film. "So, for that, I thank him." Jenny Shimizu talks about how important it was for her to see Asian models like Hiroko Matsumoto on his runway and how that informed her modeling career.

Right now, as we brace ourselves for a partly virtual fashion month and a sea of unknowns, designers are unsure whether to play it safe or invent new ways of doing things. Cardin would probably urge them to go for it. Try out that wild idea or that trippy virtual show. Put that crazy garment on the runway. See what happens!

As the composer Jean-Michel Jarre says of Cardin in the film, "Like all great futurists, [his] work will take on more and more meaning in the future." Cardin wasn't creating clothes for the present. He was creating them for the perfect future that existed only in his mind's eye. And rather than wait for it to happen, he made it a reality.

House of Cardin is now in virtual theaters and will be available on demand beginning September 15.