They had “bigger issues,” she revealed. 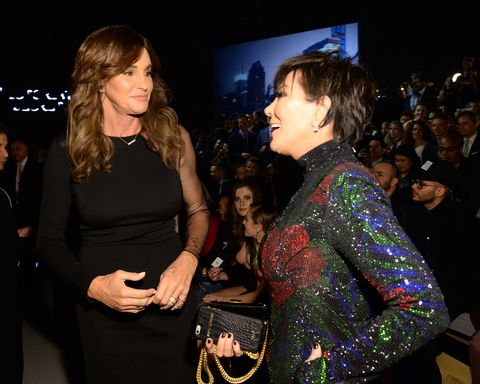 News Source/Courtesy: www.cosmopolitan.com
Caitlyn Jenner is addressing the real reasons she and ex Kris Jenner divorced.Caitlyn says their split didn’t have anything to do with her transition.

Caitlyn Jenner is clearing up some confusion around her split from ex-wife Kris Jenner. In 2013, Caitlyn and Kris announced their separation after 23 years of marriage. After the split, Caitlyn began opening up about identity and transition. It might seem like her transition was the reason for their divorce, but she recently appeared on Rob Lowe’s Literally! podcast to address what really led to the breakup.

“After 23 years, Kris and I went our separate directions,” she explained. “My identity…it was not a big part of us separating. There were so many other bigger issues out there.”

But she did admit that her “frustration” with herself caused her to be “a little bit shorter” with Kris at the end of their marriage. Thankfully, her relationship with Kris has improved post-split. She continued, “Then all of a sudden, we didn’t have any issues. You know, we just, you know, it was calm.”

When it came time for her to reveal her new name to her ex, she had to do it carefully. She told Kris she had chosen the name Caitlyn, and Kris’s reaction was pretty priceless, tbh.

She added that if she’d gone with “Kaitlyn,” “the media would have gone crazy.” I mean, she’s not wrong.