Death by diet: How risky is keto? Experts answer

The actor passed away due to kidney failure caused by keto diet. (Photo: Misti Mukherjee/Facebook)

While dieting is a common practice these days, death due to a certain kind of diet was previously unheard of. Until it was learnt that actor Misti Mukherjee’s demise was because of kidney failure caused by the ‘keto diet’ — which has gained a lot of popularity in the recent past.

A statement made by her family claims the actor — who is survived by her parents and brother — “was in a lot of pain”.

ALSO READ | US man dies of ‘excessive liquorice’ or mulethi: Know how much to have

Mukherjee’s passing raises a series of questions on the health risks of dieting. As such, it becomes important to understand the reasons that may have led to her health deterioration and subsequent death. 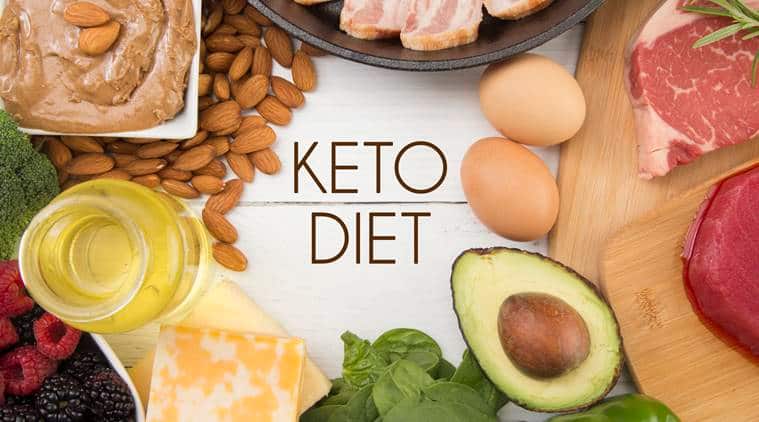 The Ketogenic or Keto diet has become very common for weight loss or to manage diseases like type 2 diabetes. (Photo by iStock / Getty Images)

What is the keto diet?

It entails the consumption of high amounts of fat with adequate amounts of protein and fewer carbohydrates. Also known as KD, this diet is particularly followed by diabetics because it can cause massive reductions in blood sugar and insulin levels.

Nutritionist Ruchi Sharma, however, points out the keto diet is “primarily used to help reduce seizures in children’s suffering from epilepsy”. “Avoiding carbs and substituting it with proteins and fats has become a leading dogma among those who are looking to lose weight quickly,” she says.

How does a keto diet lead to kidney failure?

Dr Pradip Shah, Consultant Physician at Fortis Hospital, Mulund tells indianexpress.com: “This is a rare case and usually happens when there is a pre-existing disease and someone then continues to follow the diet. Keto diet requires one to eat high amounts of fat alongside proteins and fewer carbohydrates. When a person continues to do this, it affects the kidneys.”

Adding to it, Sharma says: “We see people doing keto with processed cheese and butter, which when done for prolonged periods of time, can increase the risk of high cholesterol; also high protein can put pressure on kidneys. When we eat a high amount of protein while doing a keto it may overload the kidney.”

Drastically reducing carbohydrates and overloading the kidneys can lead to some problem in elimination of all the waste products of protein metabolism.

Dr Shah suggests a person should follow the diet only for six months. If they continue, they need to take a break for 1-2 months at least, and then get on with the same.

Are there any other diets that can lead to organ failure?

Dr Shah says any diet which contains consuming fewer carbohydrates for a longer period of time can cause failure. “However, another specific diet is the ‘paleo diet’ also known as the ‘stone-age diet’. It is a modern fad diet which requires one to mirror the kind of diet followed during the Paleolithic era.”

He also mentions that “consuming sugary beverages such as aerated drinks or soft drinks and highly-processed food frequently, can harm the kidneys”. Not only that, preservatives in food items contain phosphorous and sodium, which affect the kidney to a larger extent, he warns.

While many different diseases, toxins and drugs can lead to renal failures, by far the most common causes of kidney diseases are diabetes and high blood pressure which can damage the delicate blood vessels and tissues of the kidneys. “When these two are not addressed, chronic kidney disease — and ultimately kidney failure — can be the result,” says Sharma.

She suggests rather than following a keto diet, we can opt for a well-formulated low-carb diet, which is not typically high in protein and can help in reducing as well as maintaining weight loss.

“Choose foods that are healthy for your heart and your entire body — such as fresh fruits, a rainbow of vegetables, whole grains, low fat or fat-free dairy products. Make physical activity a part of your routine, as sweating helps in removing toxins as well,” says the nutritionist.

This article has been aggregated from indianexpress.com and they maybe/are the copyright owners of the same. If you are the Author/Copyright owner of this article and want us to remove the same then send an email to admin@fordiva.com so that we can delete it immediately. We sincerely regret and apologies for any inconvenience caused to you due to the same. Though it is your decision but please take note that the link to your website and the article have been given above, within and on the bottom of the article.