Walt Disney Co's liveaction war epic "Mulan" opened to a lukewarm reception in China on Friday as it battled with mixed reviews, COVID19 curbs on cinemas and a government ban on major media coverage amid international calls for a boycott. 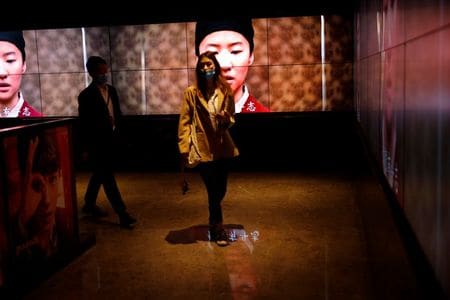 HONG KONG: Walt Disney Co’s live-action war epic “Mulan” opened to a lukewarm reception in China on Friday as it battled with mixed reviews, COVID-19 curbs on cinemas and a government ban on major media coverage amid international calls for a boycott.

The film, based on a Chinese folk story, had taken in 46 million yuan ($6.73 million) at the box office by 8 p.m. local time (1200 GMT), according to online ticketing platform Maoyan – a slow start compared with other blockbusters.

“Mulan” has provoked a backlash on overseas social media over its star’s support of Hong Kong police and for being partly filmed in the Xinjiang region, where China’s clamp-down on ethnic Uighurs and other Muslims has been criticised by some governments and rights groups.

Chinese authorities told major media outlets not to cover the film’s release in the wake of the uproar, four people familiar with matter told Reuters, further weighing on its chances of success.

But there was no major media build-up and no star-studded premier or red carpet launch.

Online reviewers in China seemed more concerned about the plot than the politics.

The film, which has already been released on Disney’s streaming service in many markets, was rated 4.7 out of 10 on China’s popular social media site Douban.

Some posters pointed out historical inaccuracies, including the use of buildings that only appeared hundreds of years after the film’s setting.

The movie’s “pre-sales started too late, and it got quite some extreme reviews before the premiere,” said Liu Zhenfei, an analyst with Maoyan.

“On top of the fact that it is impacted by piracy issues, because the storyline is Chinese, it faces higher expectations when shown in China,” he said.

The ticketing company predicted Mulan would likely take in less than 300 million yuan in ticket receipts during its entire run in China.

People coming out of the first screenings of Mulan said the politics had not put them off.

“As a Chinese person, I don’t think there is anything wrong with Liu Yifei’s action,” she added, referring to the actress who plays the Mulan and angered many with her support for police in Hong Kong at a time when the city was embroiled in unrest.

When asked in the past about the reaction to the film’s Xinjiang shooting, China’s foreign ministry has reiterated Beijing’s denial of the existence of re-education camps in the region, calling facilities there vocational and educational institutions and accusing anti-China forces of smearing its Xinjiang policy.