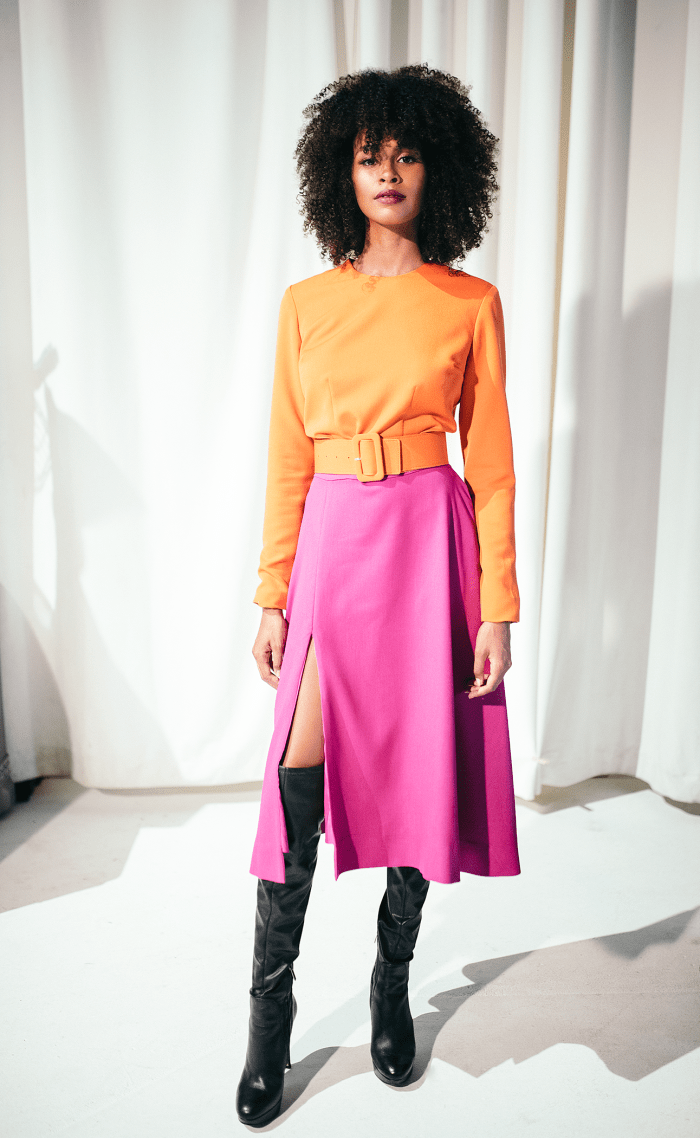 "This year's theme is 'Black is the new Black,' because we haven't just arrived here," says CEO and founder Brandice Daniel.

Founded in 2007, Harlem's Fashion Row has been a safe haven for multicultural designers to receive the financial, professional and creative support independent businesses need to create and promote their work. In fact, Harlem's Fashion Row was among the first to establish a fund specifically for BIPOC creators amid the Covid-19 pandemic, which has since received financial support from the CFDA's A Common Thread initiative.

Harlem's Fashion Row's latest presentation was nothing short of stunning. Each of the three designers on the lineup showcased their collections in a monochromatic room and runway, streamed online for viewers at home. When asked how the event was able to pivot to this new format, Daniel replies: "I don't really work with the 'how' first — I work with the 'what' and 'why' first."

Sponsors included Gap Inc., Nike, Shea Moisture and children's brand Janie and Jack, for which all three labels created a capsule collection that debuted at the end of the show.

Richfresh is an L.A.-based atelier specializing in (and best known for) bespoke tailored suiting. Amid the pandemic, it expanded its offerings into new categories — namely, PPE. "Being in a space of wanting to be present for other people, I created a whole mask brand to service that motive," says designer Fresh (née Patrick Henry) of Henry Mask, the company he recently launched to benefit frontline workers and families in need.

This pivot helped him realize "that I need to not just be a custom brand and that I need to exist in a direct to consumer space," he adds. With the help of Harlem's Fashion Row, Richfresh made its ready-to-wear debut at New York Fashion Week. 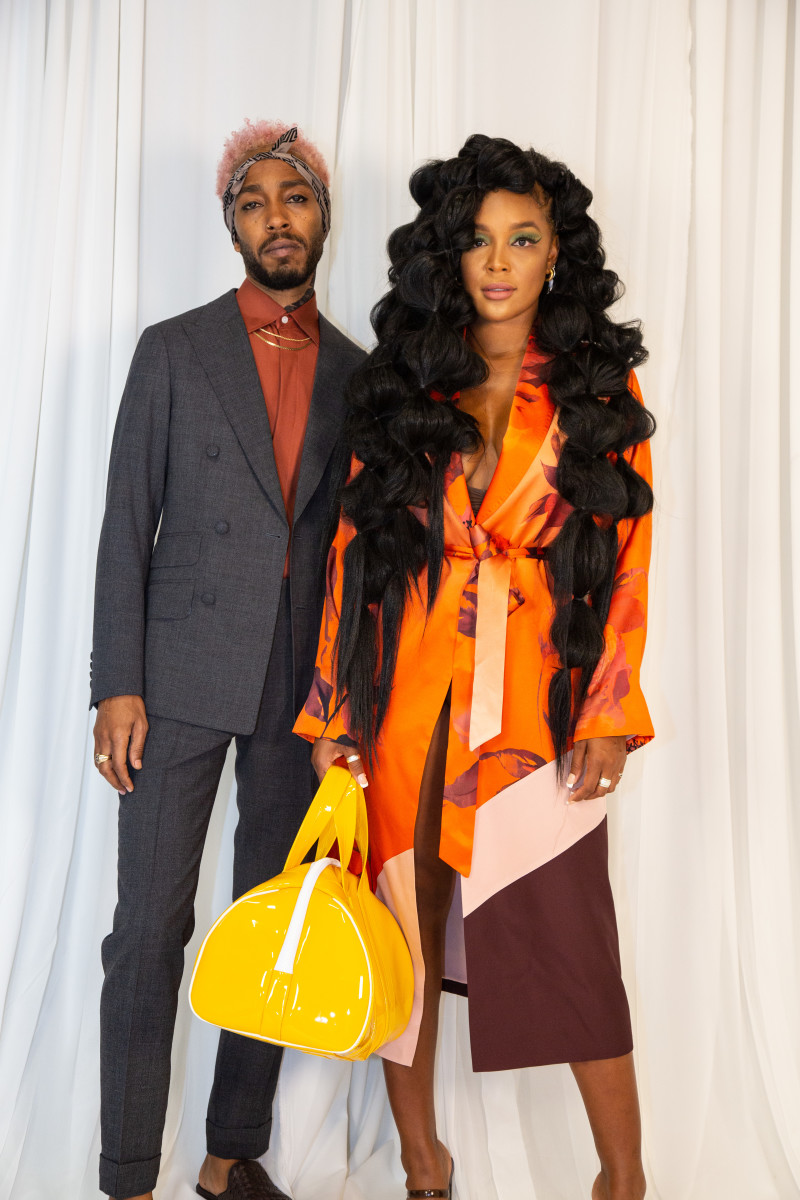 Like many a designer before him, Fresh worked in the luxury retail space and then challenged himself to create luxury goods himself. This presented its own set of challenges for a young Black man with no formal training, who is also self-funded. With a desire to compete with the likes of Tom Ford and Brioni, he committed to selling his designs to celebrity clients like Rick Ross, Dwyane Wade and Lena Waithe at full price.

"There's a lot of wealth here and a lot of stars, I make all of them pay full price, which gave me the confidence to respect myself as a luxury brand," Fresh says. "So when people ask when I'm going to make something more affordable, I say you've got to want more for yourself, Jack. You can have whatever you want."

Brooklyn-based Kimberly Goldson launched in 2012, the brainchild of sisters Kimberly Goldson and Shelly Powell. For its latest collection, the brand collaborated with emerging designer and illustrator Taylor Ramsie to celebrate the many textures of Black women’s hair. 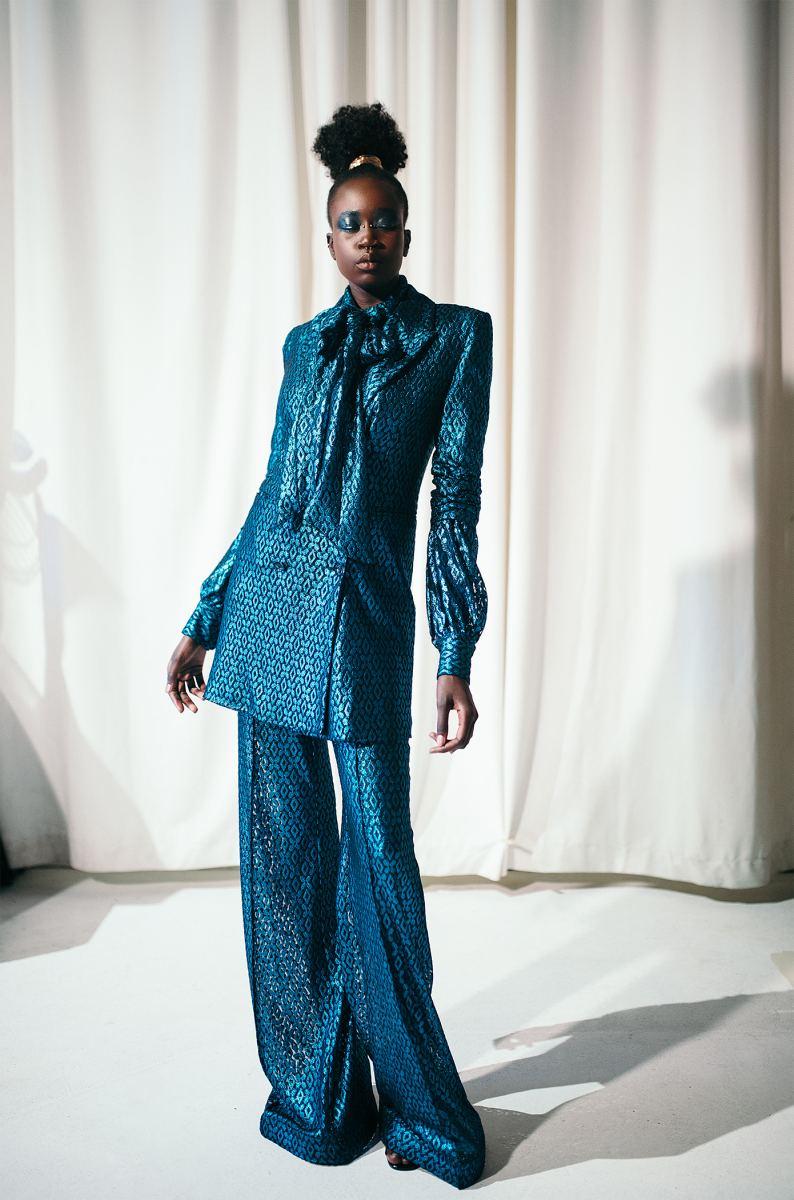 "The ethos of our brand is that it's never too early to sparkle and shine," says Goldson. "We're definitely making our suits a little softer, but because we already have luxury textiles in bold prints, that makes it all the better for Zoom calls and teleconferencing. So now you're standing out in a sea of squares." (Having dressed actor and comedian Yvonne Orji and collaborated with Dapper Dan on Bevy Smith's 2019 Met Gala look, Kimberly Godson is no stranger to creating designs that stand out.)

Kristian Lorén is a womenswear label created by Philly native Kristian Lorén Lopez, with a desire to provide its customers with an outlet of sexual expression, "leaving hints of magic everywhere they go," according to its founder. 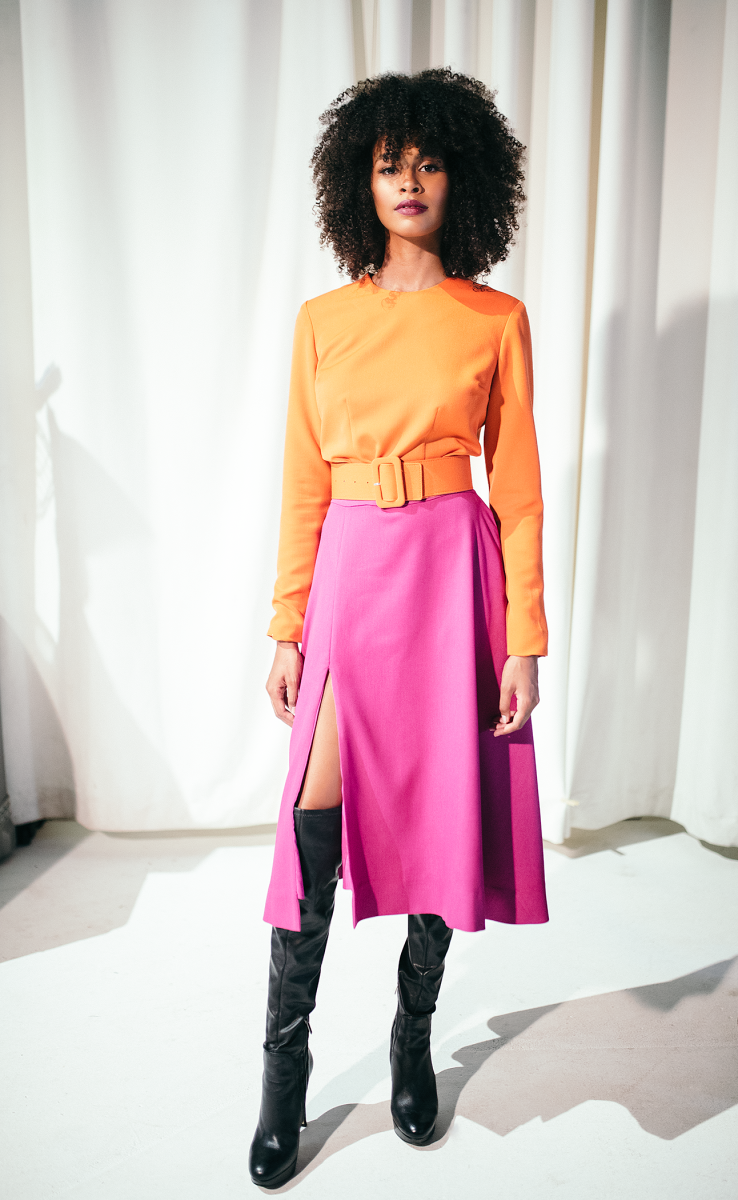 Lopez got her start styling looks for her model sister out of tablecloths and curtains, which she would model for their mom. Years later, she still draws inspiration from what she has on hand to create something new and fresh. "I think about what I want to wear, how I want to feel, what's in my wardrobe, what I would change or make improvements to," she says.

Kristian Lorén is sold in Bloomingdale’s, alongside many other top labels. And, like Fresh, deals with pushback regarding her price point of her pieces. "We're hanging next to some of these brands that people will pay full price for — have that same question for the designers who you'll pay full price for, and not just me," she says. "The question is, do you value my product as much as theirs? The question is really on them and how they view Black designers."

As many in the fashion industry publicly expressed solidarity with the Black Lives Matter movement this summer, Goldson was apprehensive: "This moment felt like another trend, and another time when everyone was saying they were canceling the major fashion brands and only supporting Black designers and that’s fleeting." That's why, with her brand's latest showing, on the CFDA's official New York Fashion Week platform, she hopes to communicate the staying power of Black designers. It's about "people really respecting and recognizing our talent and that we can hang with the big dogs, that we are not less than, that our collections are equally as dope, and not limited to any one consumer."