'Hash Na, Not Weed?' Alleged Chats That Spelled Trouble for Deepika Padukone, Others in Drug Case

The alleged chat of Deepika Padukone with her then-manager Karishma Prakash in October 2017 was the main reason behind the Narcotics Control Bureau (NCB) to summon her in a drugs-related case. 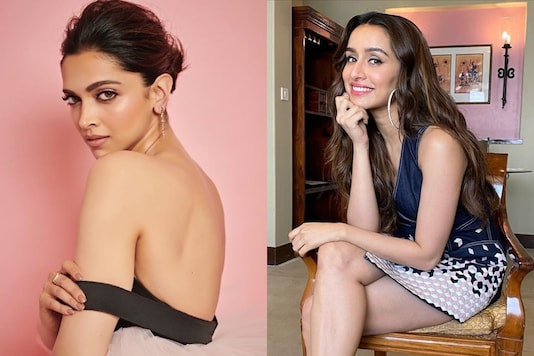 The alleged chat of Deepika Padukone with her then-manager Karishma Prakash in October 2017 was the main reason behind the Narcotics Control Bureau (NCB) to summon her in a drugs-related case. IANS Last Updated: September 25, 2020, 9:01 AM IST FOLLOW US ON:

The alleged chat of Bollywood actor Deepika Padukone with her then-manager Karishma Prakash in October 2017 was the main reason behind the Narcotics Control Bureau (NCB) to summon her in a drugs-related case that emerged out during the probe of actor Sushant Singh Rajput death case.

A top NCB source told IANS that the agency got suspicious after it came to the fore in one of the alleged chats of Jaya Saha, the talent manager of Sushant, who was discussing drugs with the late actor's girlfriend Rhea Chakraborty.

Saha has been questioned by the NCB on several occasions in the last few days. The NCB initiated a probe into the drugs case on the request of the Enforcement Directorate (ED) after it retreived several of the chat records.

Sushant was found dead at Mont Blanc Apartment, Bandra, on June 14. The NCB source said that Saha was among the many questioned after WhatsApp messages retrieved from the phone of Rhea revealed conversations on procuring drugs.

In two of the chat transcripts accessed by IANS, two persons have a conversation about procuring hash. According to the NCB source, the alleged chats took between Deepika and Karishma. The chat, which is on a group, is from October 28, 2017, around 8.50 p.m.

Karishma then again asks Deepika, "What time are you coming to koko?" Deepika responds to Karishma, "11.30/12 ish? Till what time is Shal there?" Karishma responds to Deepika's message saying, "I think she said 11.30 because she needs to be at the other place by 12."

Meanwhile, another alleged chat is believed to be between Shraddha and Saha. In the chat, Saha and Shraddha can be seen discussing CBD oil. Saha in here chatting with Shraddha says, "Call me once you are down. Will come down and get you :)" She then again sends another message to Shraddha saying, "Hello I am sending CBD oil with Jinal today." To which, Shraddha replied, "Hey! Thank you."

Shraddha is sent smiley by Saha. Shraddha again writes to Saha and says, "Listen. I still want to meet SLB." Besides Deepika and Shraddha, the NCB has also summoned actresses Sara Ali Khan and Rakul Preet Singh. Earlier in the day, Deepika and Sara left from Goa for Mumbai to appear before the NCB for questioning.

The NCB also questioned fashion designer Simone Khambatta and Sushant's former manager Shruti Modi. The NCB is the third agency to probe the death of Sushant besides the CBI and the ED.