I Feel the Film Industry is an Inclusive Space, Says Aditi Rao Hydari

Aditi Rao Hydari said in a recent interview that Bollywood has a beautiful side, too, and declared it is an inclusive space. 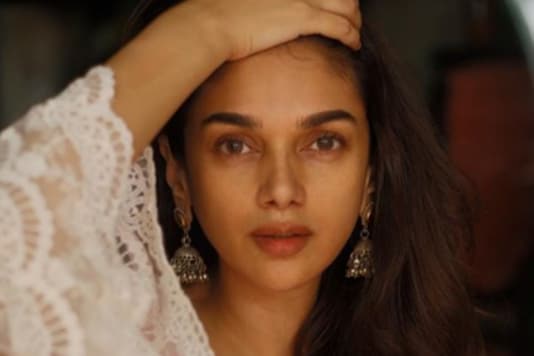 Aditi Rao Hydari said in a recent interview that Bollywood has a beautiful side, too, and declared it is an inclusive space. IANS Last Updated: September 14, 2020, 8:59 PM IST FOLLOW US ON:

Actress Aditi Rao Hydari feels that Bollywood has a beautiful side, too, and declares it is an inclusive space.

Actor Sushant Singh Rajput's untimely death on June 14 has sparked a heated debate about "insiders and outsiders" and nepotism in Bollywood.

With so much of toxicity in and around Bollywood and social media, how does Aditi keep herself positive? "Just by believing that one day it will sort (out), also by knowing that we can do something about it. No industry is devoid of flaws. We are also human beings, we make mistakes, we have our flaws, we oversee certain things but there is a beautiful side to our industry too," Aditi told IANS.

She says that even though she is considered an "outsider" she doesn't like to believe that she is an outsider.

"People talk of outsider-insider. I can say there are so many people who I can call if I have a problem. They will help me even though I am considered an outsider. But I don't like to consider myself an outsider. I feel that the industry is an inclusive space," Aditi said.

"Yes, it can be hard and tough for some time for some of us who don't have family within the industry, but isn't that so in any industry? So, why do we single out the film industry? I feel it's up to us if there are certain things that need to be looked into, we need to pay attention, need to change that and stand together," she added.