Karanvir Bohra has backed Ankita Lokhande after Shibani Dandekar took a jibe at her, saying that "this woman clearly wants her 2 seconds of fame". 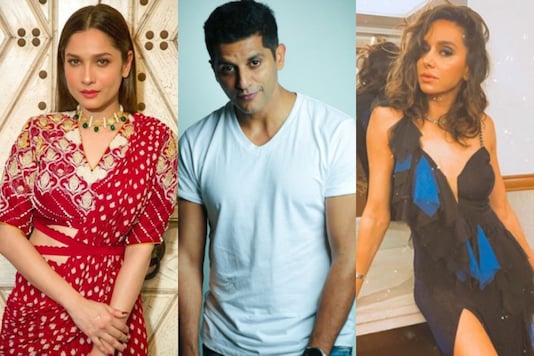 Karanvir Bohra has backed Ankita Lokhande after Shibani Dandekar took a jibe at her, saying that "this woman clearly wants her 2 seconds of fame". News18.com Last Updated: September 10, 2020, 5:27 PM IST FOLLOW US ON:

Actor Karanvir Bohra has come out in support of Ankita Lokhande after Shibani Dandekar called her out for writing "a grotesque" letter, which the Pavitra Rishta actress posted last night on Instagram. In the said letter, Ankita slammed Rhea Chakraborty for allegedly allowing Sushant Singh Rajput to consume drugs "when she very well knew about his mental state".

Shibani, in response to Ankita's post, wrote that "she obviously wants her two seconds of fame and has got it by targeting Rhea and playing a major role in this witch-hunt."

Now, Karanvir has come forward in defence of Ankita, saying that it's unfortunate to see people taking "personal jibes" without knowing her.

He tweeted, "I've known you back when you & Sushant were together, @anky1912. I've seen how loving & responsible you were with him. If things didn't work out, they didn't work out, but it's sad to see individuals taking personal jibes without knowing you and him. #IStandWithYou #AnkitaLokhande." To which, Ankita simply posted a series of red heart emojis.

Ankita late Wednesday night put up a clarification on her social media accounts, saying that many people have called her names but she never responded to anything and came forward to speak about Sushant when they were together. She also said that Rhea was the closest person to SSR so she should not have let him consume drugs.