Jason Wu Transformed the Roof of Spring Studios Into a Tropical, Social Distance-Compliant Oasis for Spring 2021

On Sunday evening, Jason Wu kicked off New York Fashion Week with one of the few IRL runway shows slated to take place this season, amid the coronavirus pandemic. The designer transformed the open-air terrace of Spring Studios into a tropical oasis (courtesy of Lowe's, which ...Continue reading

On Sunday evening, Jason Wu kicked off New York Fashion Week with one of the few IRL runway shows slated to take place this season, amid the coronavirus pandemic. The designer transformed the open-air terrace of Spring Studios into a tropical oasis (courtesy of Lowe's, which sponsored the event), with a luscious green landscape created by Emily Thompson, a wooden runway and seats for 36 masked guests, arranged at least six feet apart.

For Wu, the question with Spring 2021 wasn't whether he'd present during fashion week, but rather what he'd show. "This is the first time I showed Jason Wu, which is my contemporary label — I usually show Jason Wu Collection, which is my more dressed-up luxury label," he tells Fashionista, over the phone on Sunday. "I wanted to do that for two reasons: One, casual is the key word of the year and [two,] I actually wanted to offer some escape."

What you saw on the runway weren't the red carpet-ready gowns, polished sheaths or structured suits in deep blues, purples or reds that he's best known for, but rather breezy kaftans, boxy separates and bralette tops over easy dresses in lime greens, electric pinks and other saturated hues.

The designer wanted to not only reflect the way people are dressing right now, but he also wanted to represent "what New York fashion is about" through an increased focus on sportswear and clothing that had a "casual ease." (For the record: Jason Wu Collection is still happening for Spring 2021, but he's waiting to show that in February — "through a different medium, which you'll see in a couple of months," he teases.) 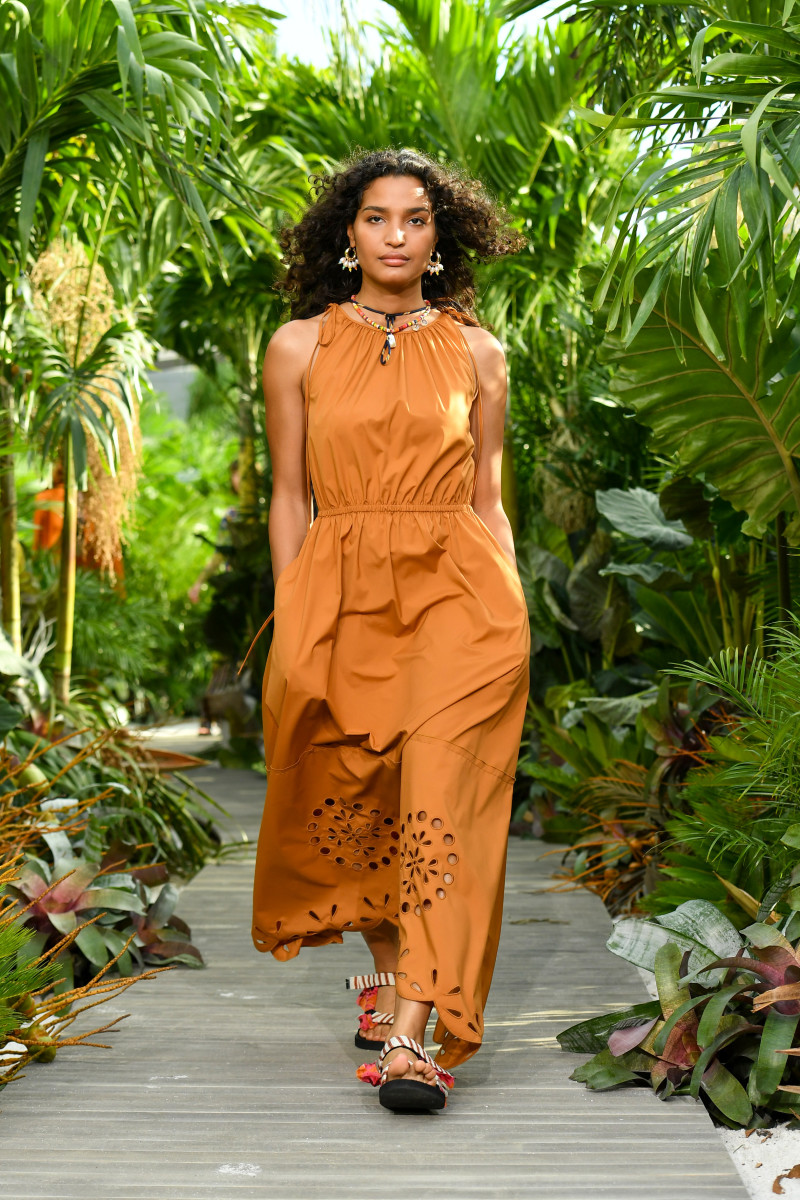 "Comfort doesn't have to just be stretchy pants — it could be a beautiful cotton dress. It's still my brand of glamour, sophistication and refinement," Wu explains. "And also, I wanted people to see a different side of me."

"They're used to seeing a feathered creation. Listen, I love that more than anything else, too, but I also love to create beautiful, casual clothes that still have that same brand of couture craftsmanship," he added.

To host a runway show that was compliant with New York State and CDC guidelines, Wu describes a behind-the-scenes operation that included "an army of people, a lot of masks, lots of hand sanitizer, a lot of Covid tests and a lot of Zoom." They cast all the models virtually; the studio was rearranged to create socially-distant stations for the sewers to work at; only a certain amount of people were allowed in the office at a time. Day-of, at Spring Studios, the team set up across three floors — one for hair, one for makeup, one for dressing; instead of having 30 dressers backstage, there were five; models had individual booths and wore masks until right before they stepped on the runway (and put them on right after, per Wu).

"Fashion and beauty can be such an antidote in times that are challenging," Wu says. "I have a need as a creative to provide that." 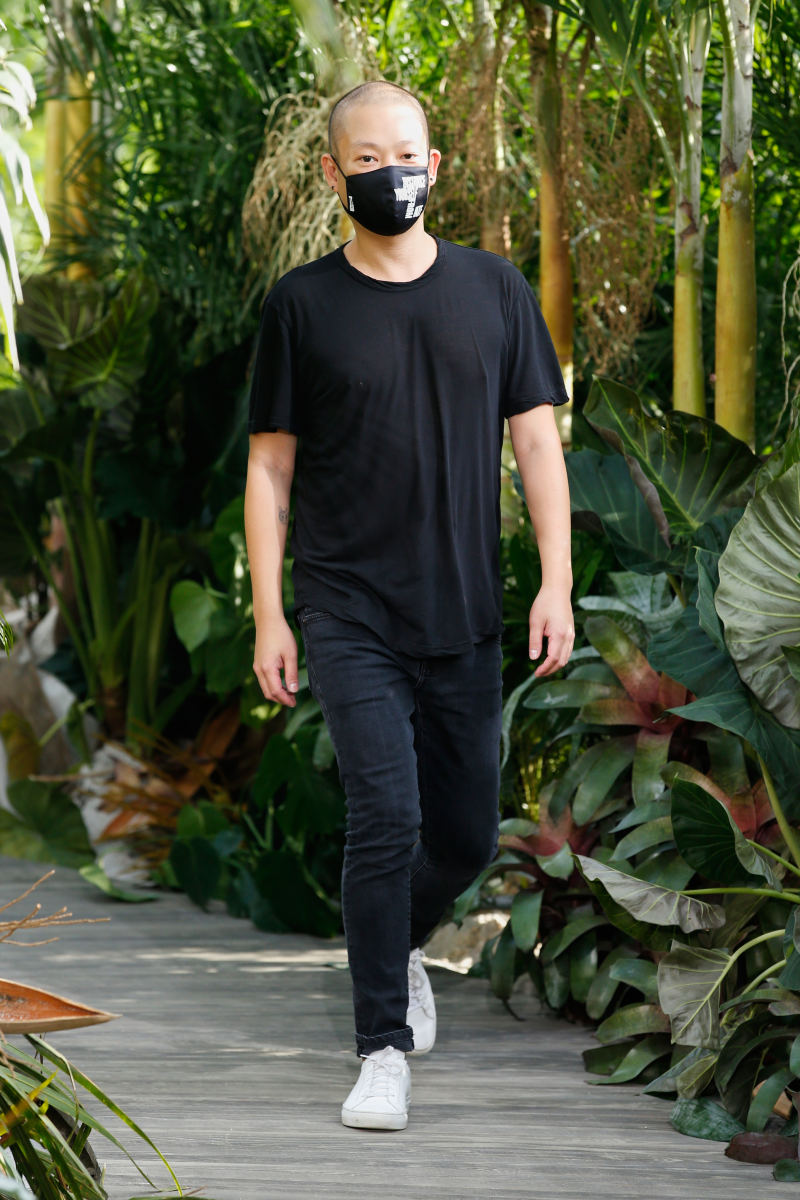 The inspiration for Spring 2021 was Tulum, and though travel may be out of the question right now, you can wear these looks "at home, in the backyard, on the street, to [go] grocery shopping," the designer argues. "Glamour doesn't have to be a runway show. You can bring your own glamour wherever you are."

See the full Jason Wu Spring 2021 collection in the gallery, below.