Veteran actor-turned-politician Jaya Bachchan is a force to reckon with whenever she appears on the screen. But sadly, an entire generation has seen her strictly as a Bollywood mother, be it in Fiza (2000), Kabhi Khushi Kabhie Gham (2001), or Kal Ho Naa Ho (2003). As she turns 74 on Saturday (April 9), we look back at five of her most iconic movie roles. 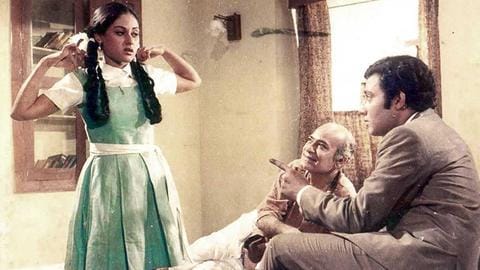 Having graduated from the Film and Television Institute of India with a gold medal, Bachchan (née Bhaduri) was cast as the leading face in Hrishikesh Mukherjee's Guddi. The cult classic comedy-drama saw her play the eponymous teenager infatuated with movie star Dharmendra (played by Dharmendra himself) and refuses to marry anyone else. It is aided by a unique story, brilliant performances, and evergreen songs. 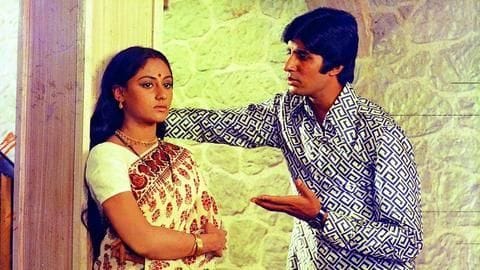 When looking for a layered story of power dynamics between an upper-middle-class Indian couple, Abhimaan gives one of the most accurate depictions. In another Mukherjee directorial, we see a popular singer Subir (Amitabh Bachchan) encouraging his newlywed wife Uma (Bachchan) to begin her singing career. But it so happens that as Uma shines, Subir's career dwindles, thereby birthing ugly emotions in the latter.

While Bachchan is known for playing the deglamorized, relatable heroine, she also tried out the gray shade of human nature in Anamika. The plot follows a writer Devendra Dutt (Sanjeev Kumar) rescuing a woman (Bachchan) lying injured on the road. As the woman seems to be suffering from amnesia and claims to be Dutt's wife, a lot remains shrouded in mystery. 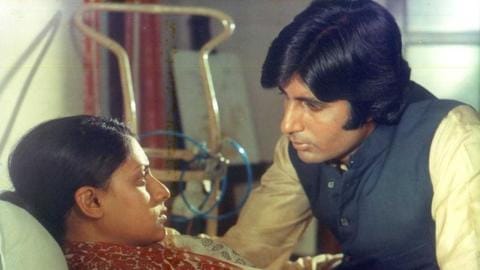 An important landmark in Bachchan's career, Mili is a bright display of her enamoring dialog delivery and emoting ability. Here, she essayed the titular character, a bubbly and energetic girl who is living with a dark secret. Mili helps her depressed alcoholic neighbor (played by Amitabh) to see the world in a new light. But what will happen when Mili's secret comes out?

In the National Film Award-winning film Hazaar Chaurasi Ki Maa, Bachchan played a mother: not as a tool to forward the lead star's tale but as a person with depth and agency. Set in Calcutta in 1972, it followed the life of a middle-class woman (Bachchan) and how her life changes after her college-going Naxalite son gets killed. Govind Nihalani directed this gem.

This article has been aggregated from www.newsbytesapp.com and they maybe/are the copyright owners of the same. If you are the Author/Copyright owner of this article and want us to remove the same then send an email to admin@fordiva.com so that we can delete it immediately. We sincerely regret and apologies for any inconvenience caused to you due to the same. Though it is your decision but please take note that the link to your website and the article have been given above, within and on the bottom of the article.