After Jaya Bachchan's parliament speech, Taapsee Pannu and Anubhav Sinha praised her for standing up for the film industry. 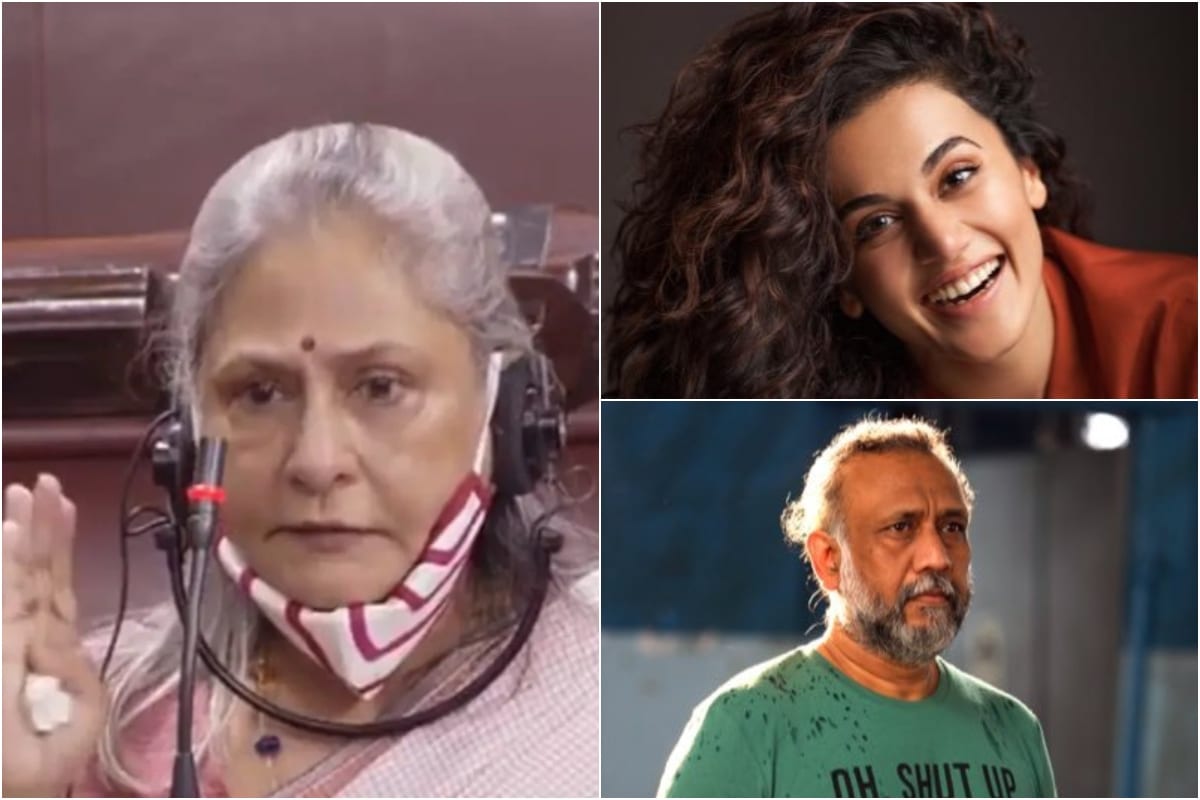 In the wake of multiple controversies over the death of Sushant Singh Rajput and the subsequent slander celebrities from film, celebrities have been facing for the past three months, Samajwadi Party member and actress Jaya Bachchan raised the subject of the continuous attempt to defame the film industry. In the Rajya Sabha, Bachchan demanded the government to provide protection and put a ban on the unending bashing being faced by members of the film industry.

After her parliament speech, Taapsee Pannu and Anubhav Sinha praised her for standing up for the film industry. Sharing the video on Twitter, the filmmaker in Hindi wrote, "I send my best regards to Jaya Ji. See those who don't know. This is how the spine looks."

Taapsee, re-tweeted the video writing, "For we have always stood by the initiatives, causes and awareness campaigns. It’s time for payback. Hitting the nail on its head and how ! Clapping hands sign yet again a woman from the industry spoke up."

For we have always stood by the initiatives, causes and awareness campaigns. It’s time for payback. Hitting the nail on its head and how ! 👏🏼 yet again a woman from the industry spoke up 🙏🏼 #Respect https://t.co/CVz1cTlCNw

Jaya Bachchan in Rajya Sabha said, "People in the entertainment industry are being flogged by social media. People who made their names in the industry have called it a gutter. I completely disagree. I hope that govt tells such people not to use this kind of language."

She said that film Industry employs many people in different areas and some are highest individual tax payers. The veteran actor, who is married to Bollywood legend Amitabh Bachchan is also upset over comments on social media and the media.

The recent barbs between the film fraternity has sharpened since the death of Sushant Singh Rajput on June 14, and Bollywood actress Kangana Ranaut's continued vitriolic verbal attacks on her colleagues in the industry.