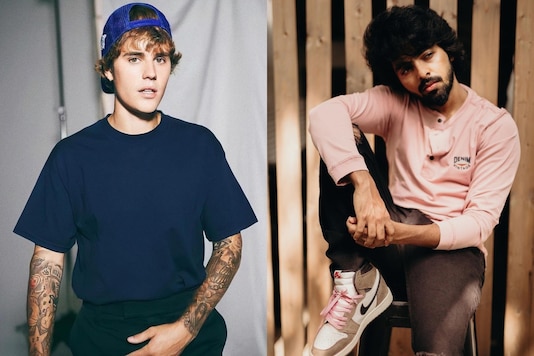 Canadian singer Bieber along with American rapper Chance the Rapper has also released his single Holy on September 18, 2020. The song has gained 28th position in the category of Adult Top 40 chart published by the Billboard magazine.

Prakash’s first international single High and Dry, which was released almost a week ago, has gained popularity. The YouTube video of Prakash’s song has more than three lac views so far.

High and Dry featured on the Spotify playlist ‘New Music Friday India’ along with Cardi B’s Me Gusta and Justin Bieber’s Holy. Sharing the news on Twitter, GV Prakash tweeted, “Super happy to be in the top playlists along with my favorites @justinbieber @iamcardib.” He also shared the link to his song available on the music streaming app Spotify.

Apart from this playlist, the song has also been included in many other playlists of Spotify. In a tweet, GV Prakash thanked the platform for featuring his song on various playlists available in different countries.

GV Prakash, who is an actor too, will be seen next in Jail. The movie will be directed by Vasanthabalan and features Abarnathi, Radhika Sarathkumar, Prabhakar and others. Prakash will be composing the music of this film. He will also be starring in Aayiram Jenmangal, which is a horror-comedy film directed by Ezhil.