She literally called him the “worst Bachelor ever.” 😬 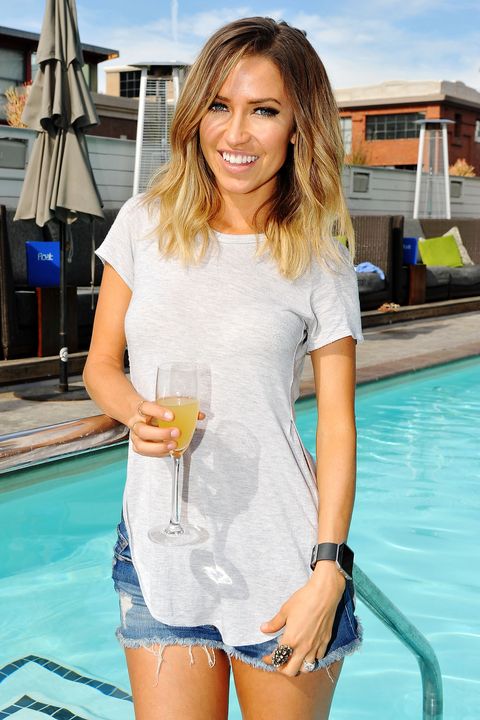 News Source/Courtesy: www.cosmopolitan.com
Kaitlyn Bristowe hopped on Twitter to apologize for her mean comments about Juan Pablo Galavis while watching his season of The Bachelor: The Greatest Seasons—Ever! Kaitlyn basically said he was the “worst Bachelor ever.” 😬

Ahead season 29 of Dancing With the Stars, Kaitlyn Bristowe is doing some Twitter-based damage control before competing for the coveted mirrorball trophy. During her appearance on last night’s episode of The Bachelor: The Greatest Seasons—Ever!, Kaitlyn said some not-so-nice words about former Bachelor Juan Pablo Galavis that she had to quickly backtrack.

When Chris Harrison asked Kaitlyn what she thinks of when she hears the words “Juan Pablo,” she straight-up said he was the “worst Bachelor ever. Is that rude? I feel bad saying that. What comes to mind is, like, he just wasn’t what America wants to see in a man.” Oooof.

Kaitlyn then took a moment to talk about what Juan Pablo said to Clare Crawley while she was a contestant. (TBT to when Clare said Juan Pablo told her “something that no woman wants to hear” and said it was “some sexual thing.”)

“It was just disgusting,” Kaitlyn added. “Like, I just feel like the way a man speaks to a woman—the way that people speak to each other—it’s a respect thing. When that’s what happens when the cameras are off, I don’t know why she didn’t, like, run as she fast as she could in that moment.”

Kaitlyn also revealed she signed up to be on Juan Pablo’s season but was “glad” that she didn’t get the chance to be on the air after seeing his behavior. “I think a few bullets have been dodged in my Bachelor journey,” she concluded.

After hearing Kaitlyn’s comments, a Twitter user directed a message to her, writing, “So you were crying because you felt bullied yet you just did the same to JP on TV. Maybe you could lead by example next time.”

Apparently, Kaitlyn felt pretty bad about what she said after seeing it replay on national television. “I actually felt like such an ass hole watching tonight. I just didn’t like the way he disrespected Clare,” she said. “I couldn’t even watch myself back tonight because I felt so mean :( I was just trying to empower Clare.”

Not sure if Juan Pablo was sending a subtweet to Kaitlyn, but on his own account, he tweeted, “You either PLAY their GAME or are TRUE to yourself...Yeap [sic], I decided to be TRUE to myself...”