Kangana Ranaut shared a throwback picture of herself getting ready for a shoot saying that she misses being on a film set. 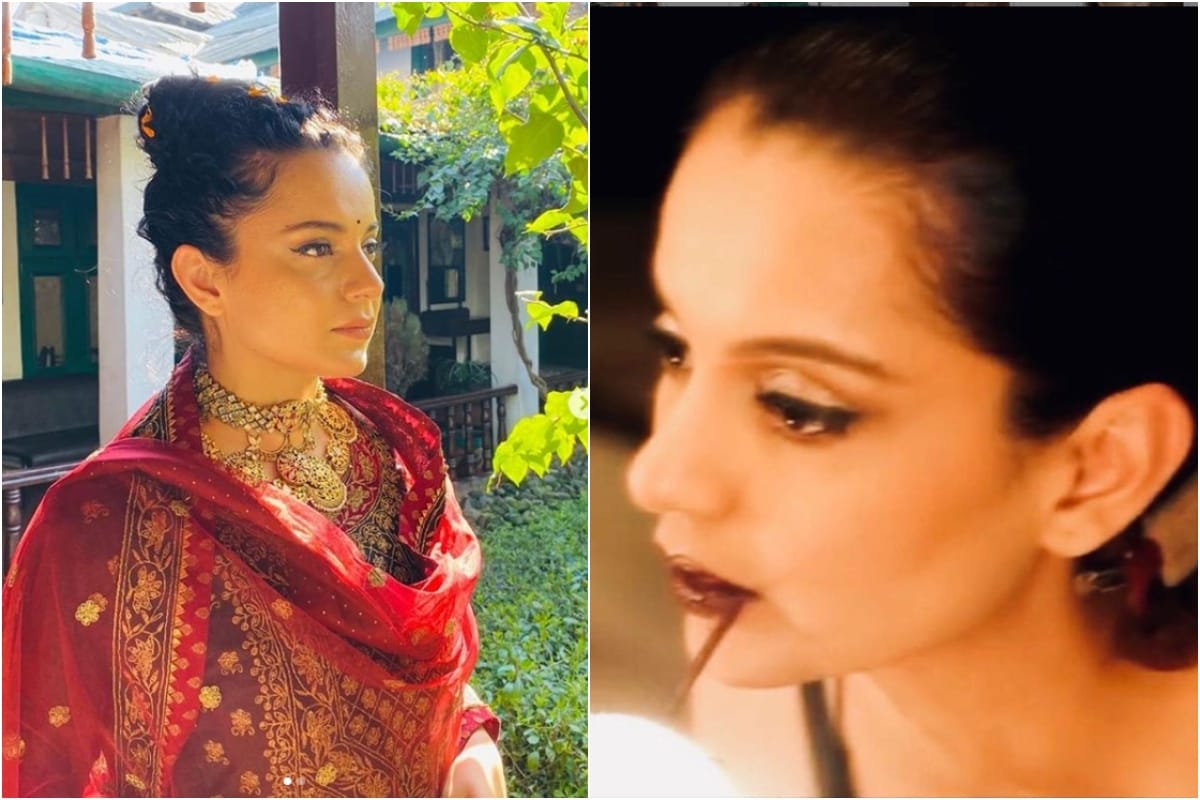 Bollywood actress Kangana Ranaut has been hitting the headlines for several reasons. A lot has been happening in her life. From being criticised for her explosive statements to having a face-off with her colleagues to the demolition of her Pali Hill office by BMC, the actress has been in the news for months. Among all these things, the actress seems to movie sets as she shared an old throwback picture on social media.

The picture appears to be of before the shooting where Kangana can be seen applying a bold lip colour in front of the mirror. The actress looks stunning in the picture.

The actress is quite active on social media as well as in her life. She never misses to pamper herself amid all the things. Recently, she shared a picture of herself from morning jogging and wrote, "Value your health above everything." In the picture, the actress can be seen enjoying the jogging while dressed up in an all-black track pants.

The actress is currently enjoying her time in Manali with family and often shares pictures on social media. She is also continuously making explosive revelations on Bollywood.

Taking to Twitter, she also took a sly dig at Bollywood celebs after Deepika Padukone and others were summoned by the NCB in a drug racket probe. She tweeted, "Finally for the first time Bullywood mafia wishing that Sushant wasn’t killed and Kangana wasn’t pushed against the wall, for the first time they are regretting their cruelty, sadism and silence."

Kangana was last seen in Panga. She will be next seen in a biopic on Jayalalitha, called Thalaivi. She also has the film Tejas in her kitty.