Though actor Karan Patel never named the actress, it seems he took a sly dig at Kangana Ranaut in a couple of Instagram stories he posted recently. 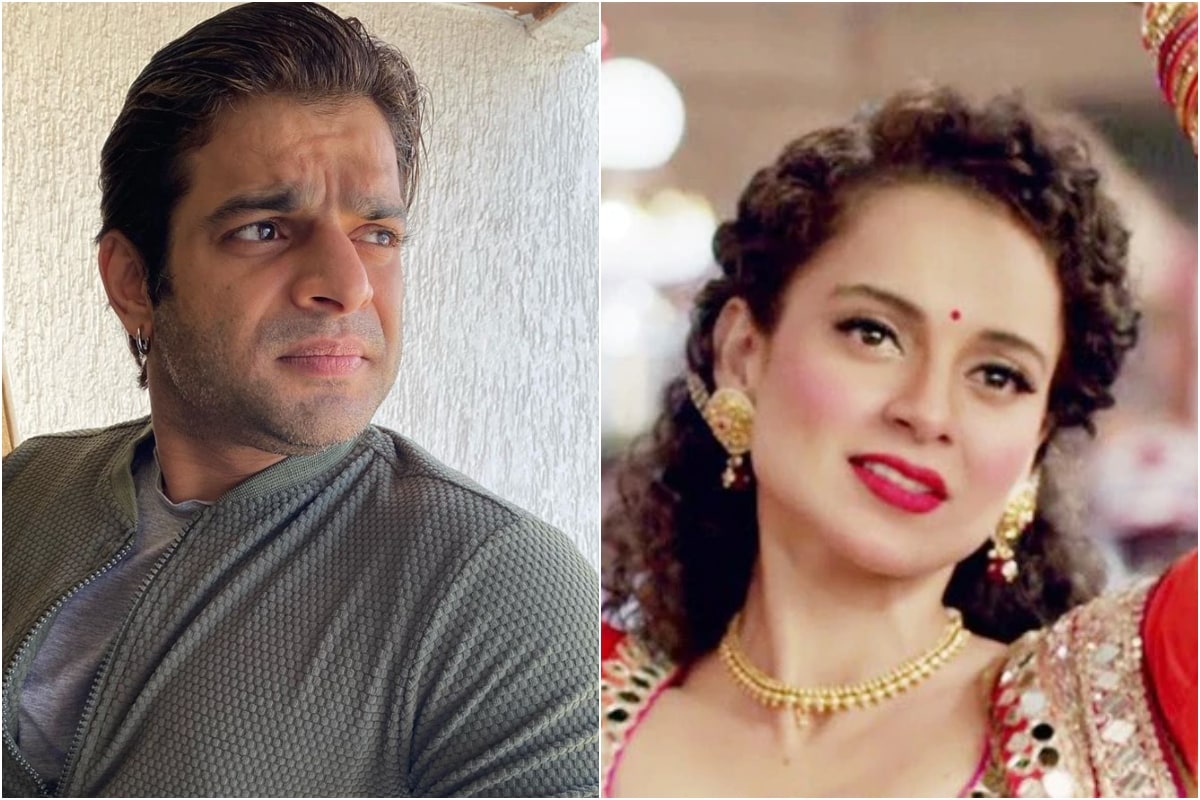 Kangana Ranaut’s battles don’t seem to stop. Lately, she has been picking a bone with a number of Bollywood celebrities on Twitter, however, this time television actor Karan Patel seems to be in a sticky situation after making some comments about the actress' character in her films.

Though Karan never named the actress, it seems he took a sly dig at Kangana in a couple of Instagram stories he posted recently. He took reference from one of her famous characters, Tanu from Tanu Weds Manu franchise, to insinuate her current mental status. In his stories he mentioned he’s finally realised why the husband in both the films kept running away from the wife. While the responses to his Instagram story are not public but as per his next post, the actor apparently did not receive a warm response.

In another Instagram story he wrote, “The kind of person who took years to understand a film’s meaning, how can that kind of person have the audacity to poke fun at anyone?” adding, “Even if someone talks about something generally, media considers it to be a mocking comment on someone.”

He completed the message with this pun. “I meant no offence to anyone, mera yaQween karo,” in another reference to Kangana’s film. 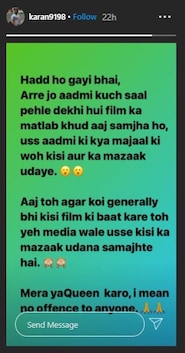 It’s not the first time the actor has spoken out against Kangana. Earlier, in an interview to Etimes, he’d said Kangana has no right to complain about nepotism when her business only employs family members.