Kunal Kemmu opens up on why he thinks he is underutilised as an actor, how he deals with the 'wait time' for a project, and whether the audience is to blame when a good film fails at the box office. A brief glimpse through Kunal Kemmu's filmography reveals a wide range of projects. There are the starring roles in films like Kalyug, Dhol, Go Goa Gone, Malang and Lootcase. Then there are the critical darlings like the hard-hitting film Traffic Signal and thrilling web series Abhay.

This year alone, we saw him as a cold-blooded cop in Malang, then an aspirational middle-class guy in Lootcase, and a super-sharp detective in Abhay.

"It's very encouraging to get the kind of feedback that I have received. I feel it gives me an added responsibility that I can't let my audiences down. I have been very lucky throughout my career to have got love for everything that I did whether it's from critics or the audience. As far as success is concerned, I think success in this industry is basically when you keep getting opportunities to do the work that you want to do," says Kemmu, who feels it's "frustrating" and "annoying" to wait for a new project longer than expected.

"But there is no way around it," he quickly adds. "You have to just deal with it. I always say what's important is to also invest in your personal life and have other passions and hobbies. I know it's easier said than done because there are times when I feel weak and anxious and I don't know what I should do but you should keep working on yourself." 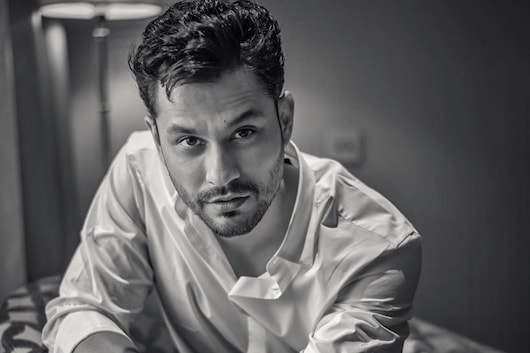 Over the years, Kemmu's acting mode has been versatile and charismatic, with a repertoire covering a gamut of scale and performances – from hidden gems like 99 and Bhaag Johnny to extravagant productions like Golmaal 3, Kalank and Malang. His career marks multiple fruitful collaborations with directors, including Mohit Suri, Priyadarshan, Madhur Bhandarkar, Raj & DK, and Rohit Shetty.

However, it remains noteworthy that Kemmu doesn’t really have all that many leading performances in his filmography, even as his career choices reflect a desire to be consciously public. Needless to say, he remains one of the most underrated actors in Bollywood with a lot of latent potential.

"I think it's only come to the surface by comments and questions whether it's from the audiences, critics, or for that matter, interviewers," says Kemmu.

"It's a question that we all, kind of, resonate with. Most of the time it is blamed on the business of the box office or whatever the math is, I don't get it. Thankfully, I have got the opportunity to play different parts that nobody can say that he can't do this or he can't do that. I want to keep doing what I do because I love it and enjoy it. I just want to say that I deserve better chances to keep doing what I do."

Kemmu has also been a part of several multi-starrers, and even though the results of some have been less than satisfying, like Kalank, the disappointment has never fallen on his shoulders for that. And now with the entire country streaming more than ever, Kemmu's exposure as an actor is ever-rising. "I was pretty impressed that the makers of Abhay saw me play something like this," says Kemmu, who believes that the crime thriller gave him a chance to push his boundaries.

"I've never done this kind of role. They came to me because I didn't have a particular image. I really look forward to playing Abhay for a longer time because it's given me an opportunity to explore this side of me as an actor and play a character that I have never played before and one that I've started to enjoy a lot."

Do these platforms help create a level-playing field for actors? Kemmu says, "The content is king in OTT space but nothing can replicate the experience of watching a film in the theatre. I don't know how much a level-playing field is going to be there in the film industry because that business still seems to be dominated by the box office collection. Unfortunately, the math behind it has somewhere gone beyond, at least my understanding, that what actor has what kind of recovery or what film can be made with what actor."

With the raging debate on nepotism and insider versus outsider in Bollywood, the audience is often blamed for the so-called theatrical star system, which is believed to give certain importance to some actors over others.

However, Kemmu says, "You can't solely blame the audience for this." "The audiences do give you love and that's what makes you a star but it is a long process. Every superstar of this country worked very hard for a very long time to be in that position. Unfortunately in the past few years, superstardom has become a matter of one film. If your one film works, your Instagram followers will increase, you will get magazine covers, you will host the award functions. You become the superstar in six months, whereas all the superstars that I have loved were built over a lot of groundwork of films-- be it Akshay Kumar, Aamir Khan, Shah Rukh Khan, or for that matter, Amitabh Bachchan. So, the whole definition of stardom or superstardom has changed," he adds.

"Having said that, the audiences are the end result. They are the ones who buy tickets so they are responsible but they are not completely responsible because sometimes they are not aware of some things. Because sometimes the PR machinery or the clout of the producer or director goes into building the perception of a film. All of this also plays a major part to make or break the perception of a film. There's a lot of marketing and PR that also goes behind it," Kemmu concludes.