Dheeraj Dhoopar, who plays the role of Karan Luthra in Kundali Bhagya, shared behind-the-scene video with his co-stars Shraddha Arya and Swati Kapoor. 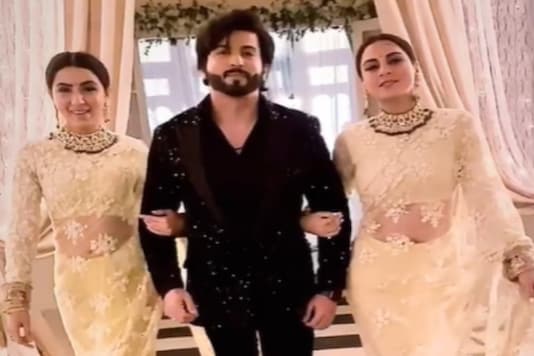 Shraddha, who plays the role of Karan's wife Preeta commented on the reel saying, “Hahahaha imma put it up too.” She also shared the same on her Instagram story and tagged both Dheeraj and Swati in it.

Dheeraj's wife Vinny Arora too, took to the comments section of the post and commented, “Whatta lucky guy” with a laughing reaction.

The show also stars Manit Joura and Anjum Fakih in pivotal roles. It is one of the most popular Balaji soaps. In the show, Karan and Preeta are officially married now. The show airs on Zee TV.

Meanwhile, Dheeraj recently made a guest appearance in Naagin 5, with Hina Khan and Mohit Malhotra.