Oscars 2024: New Rules May be an Impediment for the Deserving

The Academy's plans to have new regulations for 2024 in order for a film to be nominated in the Best Picture Category might make it difficult for many films to join the Oscars race. 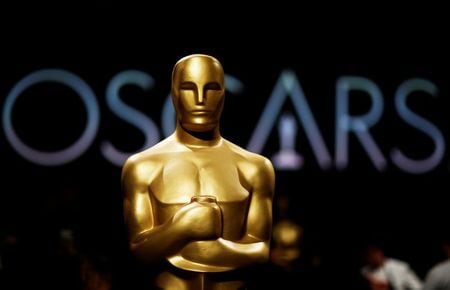 The Academy of Motion Picture Arts and Sciences is planning to have new regulations for 2024 in order for a film to be nominated in the Best Picture Category. The Guardian called it "sweeping eligibility reforms to the best picture category intended to encourage diversity and equitable representation on screen and off, addressing gender, sexual orientation, race, ethnicity and disability."

Academy President David Rubin and CEO Dawn Hudson said in a statement: "The aperture must widen to reflect our diverse global population in both the creation of motion pictures and in the audiences who connect with them. We believe these inclusion standards will be a catalyst for long-lasting, essential change in our industry."

The second most significant rule states that for a film to be nominated it must have at least two leadership positions or department heads to be from underrepresented sections of society and at least one from an underrepresented racial or ethnic group. And so on.

While the move seems indeed noble, it may prove more of an obstacle rather than helpful in promoting a movie. More significantly, in the creation of one.

A producer will have to now start looking for means to meet these requirements. This can result in every possible Best Picture Oscar aspirant trying to have, let us say, a Red Indian actor or a black guy or even a tribal. What if the story and the script do not warrant this? So, a writer would have to pen a plot with such characters. Or, try and adapt a novel (these days there are so many of this) that will be considered as appropriate for gaining entry into the Oscars race.

The long and short of this is that this could mean that some great pieces of fiction will be beyond the reach of the screen, and story writers would have to struggle to get such rules in place! Not an easy task.

I firmly believe that cinema is a marvellous art form that must not be shackled in any way.

I have also been against the recent demand for equal representation for women in film festivals. As Thierry Fremaux, who heads Cannes, said a couple of years ago, "but are enough women making movies". He had a point. He was criticised for not having enough women directors among the official titles.

Yes, women may say that they do not get funding in the first place to make movie. I know dozens of men who also do not get any support to create a film, despite the fact that they may have excellent scripts. So, they go in for crowd funding.

Let us assume a scenario in which a festival like Cannes or Venice or Berlin is mandated to give equal representation to men and women. So, if there are 50 titles in total, one has to find 25 women directors. So, what can happen, a festival in order to meet this requirement, may fill up the slots with films that may not be worthy of inclusion.

(Once, I argued with the Director of the International Film Festival of India about the compulsion of having to necessarily fill up the 21 slots in the Indian Panorama section. I said that if we the jury do not find 21 titles worthy of being part of this category, we should settle for a lesser number. What is the point in screening garbage in an international festival and in a section that is supposed to show the cream of Indian cinema!)

I have heard women auteurs like Mira Nair, Deepa Mehta, Nandita Das, Angelina Jolie, Kathryn Bigelow (whose Zero Dark Thirty, 2012, was nominated in five Oscar categories, including Best Picture), Haifaa Al-Mansour (the first Saudi woman to helm a movie), and Nadine Labaki (from Lebanon whose 2018 Capernaum won the Jury Prize at Cannes) among others saying in the course of informal chats and interviews that they would rather be known as directors, not women directors (entitled to special privileges or quotas). This will not augur well for their artistic capability.

So, I fear that the Academy may well make it difficult, if not impossible, for many films to join the Oscars race in 2024. Of course, the Oscars are not the end all and be all, but some great cinema may sink into oblivion, because it may not be allowed to compete in what has arguably come to be regarded as a benchmark for great movies.

And the fact is, we all take a special interest in those films that have got the Oscars nod or have won the trophy, thus giving these titles a chance to be seen and written about.