In his recent tweet, Prakash Raj took a sly dig at Kangana Ranaut. 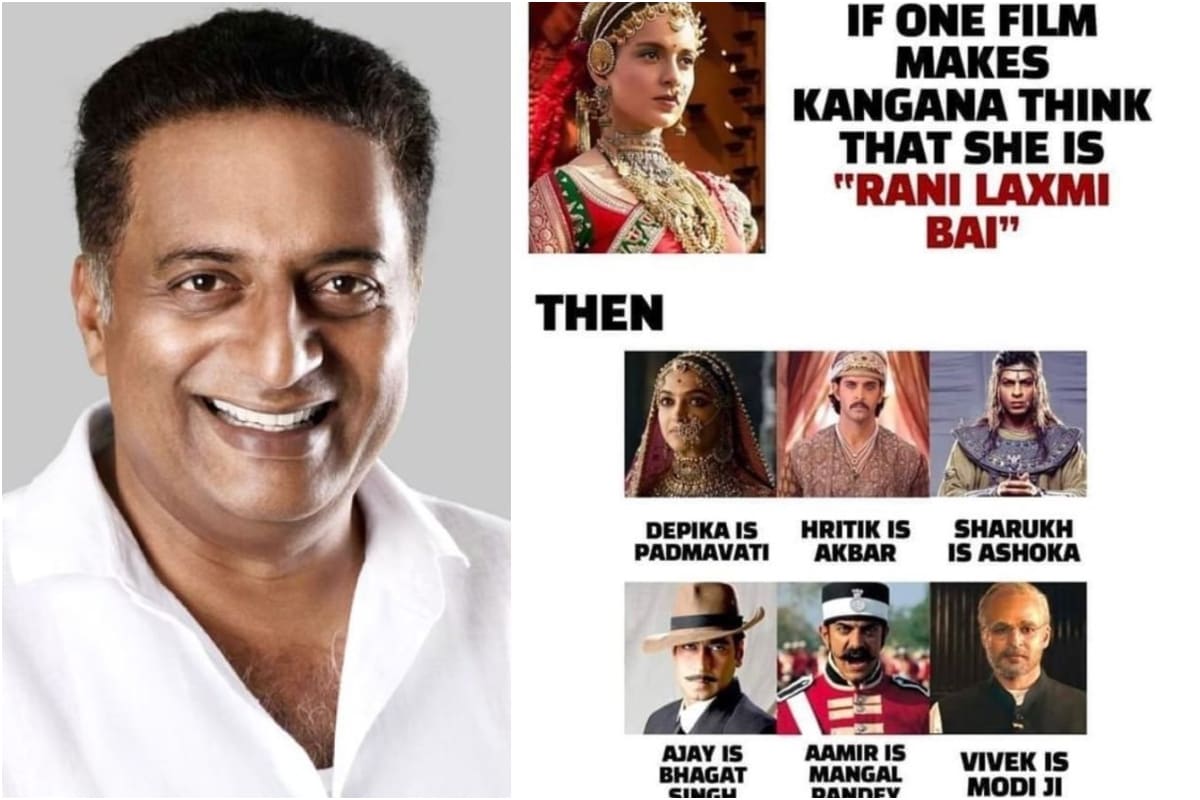 Prakash Raj, like most of his cinema roles, never shies away from speaking his mind. Lately, the actor has been using Twitter to express his various political and social opinions. In his recent tweet, he took a sly dig at Kangana. His tweet comes in the wake of the Brihanmumbai Municipal Corporation (BMC) demolition action at Kangana's office building in Bandra.

In the image, there is a collection of various Bollywood actors and actresses playing historical roles. The caption reads, “if one film makes Kangana think she is Rani Laxmi Bai, then Deepika is Padmavati, Hrithik is Akbar, Shahrukh is Asoka, Ajay Devgn is Bhagat Singh, Aamir is Mangal Pandey, and Vivek is Modi ji.”

After Kangana spoke out her mind about "Bollywood mafias" and Maharashtra CM Uddhav Thackeray, netizens have been using identifying Kangana Ranaut with her role as Rani Laxmi Bai in the film Manikarnika.

On Wednesday, BMC partially demolished her Bandra office citing illegal construction. The office was demolished while the actress was flying down from Chandigarh to Mumbai.

The BMC demolition activity happened days after the actress engaged in a spat with Shiv Sena leader Sanjay Raut, who took offence when Kangana stated that the situation in Mumbai had become as bad as Pakistan Occupied Kashmir, and compared the ruling Maharashtra government with Taliban.