Randeep Hooda has been facing flak online for an allegedly casteist and sexist joke he shared using the name of Bahujan Samaj Party President Mayawati in an old video that has gone viral on the internet. And while the actor continues to be at the receiving end of criticism, his Sarbjit co-star Richa Chadha has shared her reaction on his joke calling it crass, tasteless and sexist. Also Read - Randeep Hooda's 'joke' on Mayawati gets him in trouble; netizens trend #ArrestRandeepHooda for his 'casteist', 'racist' and 'sexist' jibe

As netizens began trending the hashtag 'Arrest Randeep Hooda', one Twitter user questioned Richa's silence on the matter. To which she reacted saying, "It's a despicable "joke". It's crass, tasteless and sexist." However, Richa also questioned the Twitter user in a separate tweet on why he asked the female actors to apologise for their male counterparts. "Yes. It's casteist too. Also, plz explain to the reason why you continue to ask ONLY women to apologise for their male colleagues while you pontificate on sexism. ? Not holding my breath." Also Read - Ponty Chadha, liquor baron and Wave Cinemas owner, killed in sensational shootout!

Yes. It's casteist too.

Also, plz explain to the reason why you continue to ask ONLY women to apologise for their male colleagues while you pontificate on sexism. ?

Not holding my breath.

The video of Randeep Hooda did not go down well with a section of netizens who has called the actor's behaviour "casteist", "sexist" and also demanded an apology. "If this does not explain how casteist and sexist this society is, especially towards dalit women, i don't know what will. the 'joke', the audacity, the crowd. randeep hooda, top bollywood actor talking about a dalit woman, who has been the voice of the oppressed," a user tweeted while sharing the video.

"@RandeepHooda Miss Mayawati is considered "behan" by most of Dalit population of UP. She is not just a politician, a Dalit icon too. Anyway, it is very sexist and misogynistic comment. Suppose anyone saying saying this to your sister? Apologize," another user said. "It took me while to understand this, and I realised that We are still living in such a feeble society. How casteist, misogynistic & sexist slur was that. @RandeepHooda. Praising her strength in politics against all of her odds wouldn't have caused you any harm," another user wrote.

Randeep Hooda was recently seen alongside Salman Khan in Radhe: Your Most Wanted Bhai, which was released digitally on Eid. 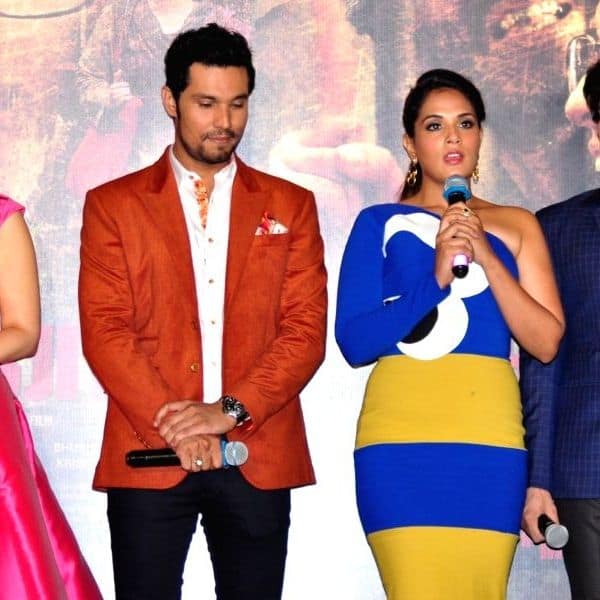 This article has been aggregated from www.bollywoodlife.com and they maybe/are the copyright owners of the same. If you are the Author/Copyright owner of this article and want us to remove the same then send an email to admin@fordiva.com so that we can delete it immediately. We sincerely regret and apologies for any inconvenience caused to you due to the same. Though it is your decision but please take note that the link to your website and the article have been given above, within and on the bottom of the article.