Sapna Bhavnani shared a monochrome picture with Sushant Singh Rajput from the time he promoted 'MS Dhoni: The Untold Story'-in 2016. 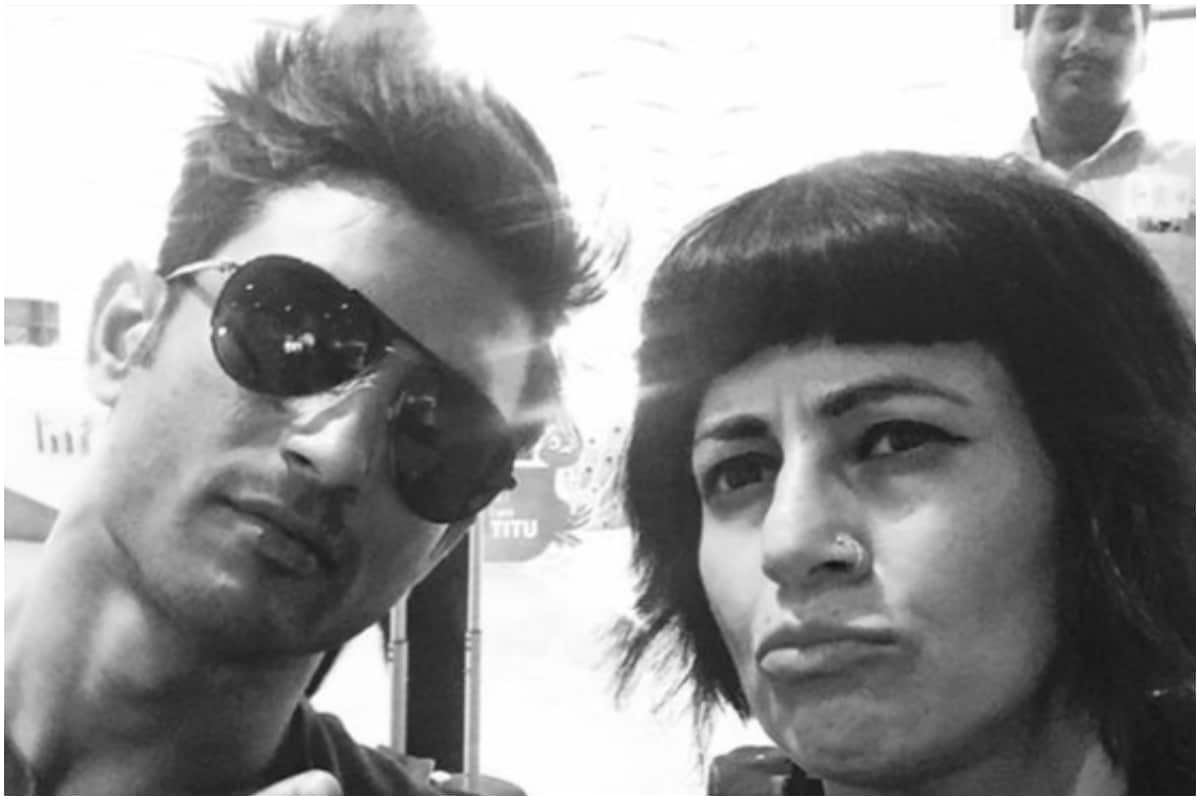 Renowned celebrity hairstylist Sapna Bhavnani took a trip down memory lane. She reacted to a throwback memory from four years ago with late actor Sushant Singh Rajput. On Twitter, exactly on September 23, 2016, Sapna was travelling to Chennai from Mumbai Airport with Sushant.

Taking to her Twitter handle on Thursday, Sapna reshared the screengrab from the time and wrote, “Sept 23, 2016 #SushantSingRajput #MSDhoni little did he know that his life would become the untold story (sic).”

In 2016, Sapna had shared a black and white selfie with Sushant and tweeted, “The madness starts today. Chennai we are coming for you. With my homie’s homie #Dhoni 2 So happy for you MS Dhoni #letthegamesbegin #dhonibiopic (sic)."

The 2016 film MS Dhoni: The Untold Story was directed by Neeraj Pandey. As the name suggests, the film was based on the life and journey of former Team India captain Mahendra Singh Dhoni. The batsman is currently leading Chennai Super Kings (CSK) in Indian Premier League (IPL) 2020.

The film was a huge success and starred Kiara Advani as Sushant’s on-screen wife. Disha Patani stepped into the Hindi film industry with the biopic. Sushant who debuted in Bollywood with the 2013 film, Kai Po Che catapulted to fame with the MS Dhoni biopic.

On the day of Sushant’s demise, Sapna had shared a happy picture with Sushant and MS Dhoni. The photo has the late actor and the former India captain twinning their outfits and Sapna is wedged between the two, all smiles.

Sapna wrote that Sushant Singh Rajput was going through very tough times for the last few years and alleged that he didn’t get support from the film industry.

Sushant Singh Rajput was found dead on June 14 in his residence in Bandra, Mumbai, residence under mysterious circumstances. He was 34. Three central agencies - Central Bureau of Investigation (CBI), Narcotics Control Bureau (NCB), and the Enforcement Directorate (ED) are currently probing the events that led to his tragic demise.