Akshay Kumar goes into the wild with Bear Grylls, Ronit Bose Roy is fighting new villains in Hostages Season 2. Check out these more on OTT platforms this week. 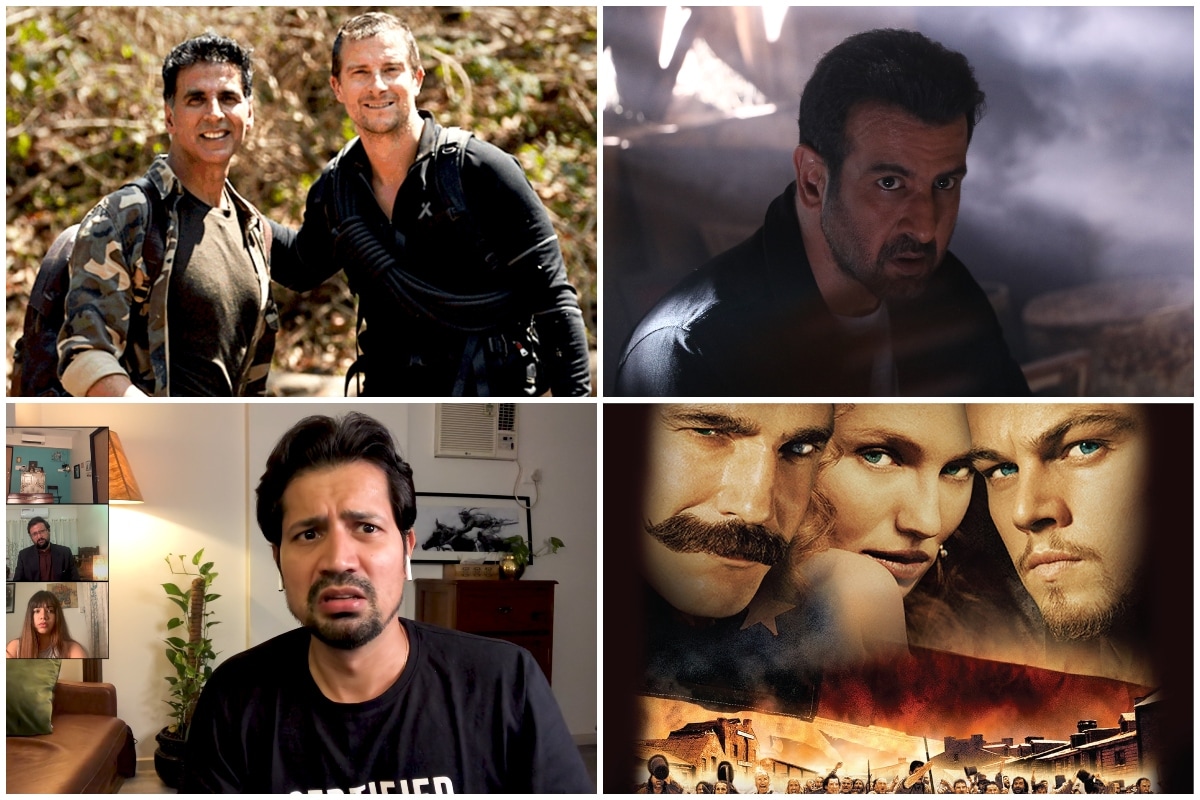 While TV watchers will have to wait till September 14 to watch Into The Wild with Bear Grylls and Akshay Kumar, OTT viewers can already stream the episode on the Discovery Plus app. This is the first time that an episode of the adventure show has premiered digitally before being aired on the channel.

Hostages Season 2 shows tables turning for protagonist Prithvi Singh (Ronit Bose Roy), who goes from being the hunter to the hunted. With addition of new cast members like Shibani Dandekar and Dino Morea, season 2 of this thriller promises to be more intense.

Here are some of the new titles available this week on OTT platforms that you should check out.

Into The Wild with Bear Grylls and Akshay Kumar (Discovery Plus)

In this episode of Into The Wild with Bear Grylls and Akshay Kumar, the pair is seen setting off on an unexpected journey across Bandipur Tiger Reserve in Karnataka. Viewers get to see the Bollywood actor perform some breathtaking stunts in the wilderness. The episode starts with a casual chat between Bear and Akshay as they travel to their starting point in a vehicle. Akshay shares intimate details about his family and his childhood, which included living together with 24 people in a small house in Old Delhi. Walking into the bushes, Bear makes Akshay aware of the predators they are potentially surrounded by, like tigers, jackals and big elephants and advises him to be alert at all times. Akshay promises to follow his advice and says, "I'm going to just follow you, whatever you're going to say. I'm going to be a good student. Let's keep it like that." The show is already available on Discovery Plus app.

SP Prithvi Singh is back – only this time the hunter has become the hunted. As the plan of killing CM Handa (Dalip Tahil) in Season 1 goes awry, audiences were left guessing about Prithvi Singh's (Ronit Bose Roy) next move. The story now begins shortly after revealing that CM Handa is indeed alive and Prithvi Singh has kidnapped the politician, but an unfortunate chain of events ends up making Prithvi a hostage himself. As the story picks up steam, it introduces a whole new set of characters, each with their own agenda and complicated reason for being involved in the murky situation surrounding CM Handa’s kidnapping. Ronit Bose Roy reprises his role of protagonist SP Prithvi Singh who is caught in the eye of storm and is trying to find a way out of this hostage situation. Joining the ensemble cast are actors Divya Dutta, Dino Morea, Shibani Dandekar, Shweta Basu Prasad, Shilpa Shukla, Amit Sial and Kanwaljit Singh. Also making a come-back from the previous season are actors Dalip Tahil, Surya Sharma, Aashim Gulati, Anangsha Biswas and Mohan Kapur.

The 10-episode series, shot completely during the lockdown on a zoom call, stars Sumeet Vyas, Nidhi Singh, Kubbra Sait, and Gopal Datt in prominent roles. The show takes us into the lives of a married couple, played by Sujin (Sumeet) and Radhika (Nidhi), who have filed for a divorce. Owing to the lockdown restrictions, and adapting to the #newnormal, their court hearing moves to Zoom calls, where their respective lawyers, Kubbra and Gopal, take charge of the proceedings. What follows is an absolute laugh riot that’s full of commotion and utter chaos. With battle lines drawn between the couple, we see this quartet indulge in cheap digs trying to get one over the other and win the case.

Directed by Emmy winner Gail Mancuso, A Dog’s Journey is based on the best-selling novel by W Bruce Cameron. The film is a sequel to the heartwarming global hit A Dog’s Purpose. Beloved dog Bailey, an elderly St. Bernard/Australian Shepherd mix, finds his new destiny and forms an unbreakable bond that will lead him, and the people he loves, to places they never imagined. Featuring Josh Gad, Dennis Quaid, Kathryn Prescott in leads, the film is available to stream on SonyLIV.

Gangs of New York is an American classic period crime drama directed by Martin Scorsese, set in the New York City slums, and inspired by Herbert Asbury's nonfiction book The Gangs of New York. The screenplay was written by Jay Cocks, Steven Zaillian, and Kenneth Lonergan. The film stars Leonardo DiCaprio, Daniel Day-Lewis, and Cameron Diaz. It was nominated for ten Oscars at the 75th Academy Awards. Lionsgate Play has dubbed the movie in Hindi, Tamil & Telugu for audiences who prefer to watch Hollywood films in regional languages.

We'll be back with more new title suggestions for your watchlist.