Sushant Singh Rajput Case: Tragic Loss of an Artist and Hidden Secrets No One Wants Revealed

Sushant Singh Rajput's death may have shed light on a number of dark, hidden secrets of the Hindi film industry hitherto overlooked but has also been unfairly scrutinised in social media and amid general public. 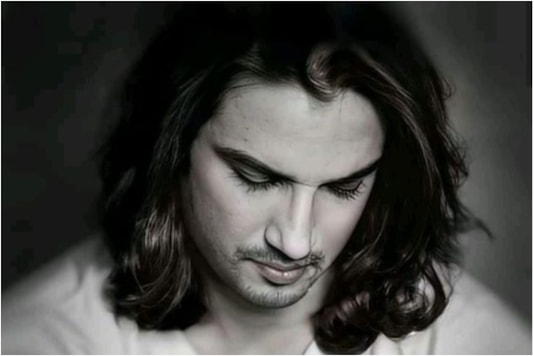 Sushant Singh Rajput's death may have shed light on a number of dark, hidden secrets of the Hindi film industry hitherto overlooked but has also been unfairly scrutinised in social media and amid general public. News18.com Last Updated: September 12, 2020, 9:03 AM IST FOLLOW US ON:

Terming Sushant Singh Rajput's tragic demise a 'huge loss' to the Hindi film industry, unfortunately, sounded good to the news makers and TV viewers only in the initial few days of the talented actor's passing, who worked in the entertainment business for many years. Slowly, for various reasons, conspiracy theories and conflicting accounts surrounding his life and death started gaining grounds, and now it seems like there is no going back from a vindictive perception of the incidents that took place in the lead up to June 14 and a lopsided view of those involved with him and his personal life.

As the national media keeps Sushant's case in the spotlight with prime time debates, it becomes necessary to look back at what his death has really meant to those associated directly with it.

Sushant's case has helped the conversation on drugs menace in the country gain solid ground. How a seemingly fit and fine individual, who is now accused of drug addiction in various news pieces and theories, can allegedly fall prey to substance use is proof that caution and restraint needs to be exercised by one and all.

While authorities have only now started investigating suspects and questioning the 'drug syndicate', it becomes all the more imperative to not let this aspect of the investigation go off the radar easily. Public pressure may prove like a shot in the arm for wiping out drugs problem with a holistic approach and respective state governments should get a wake-up call in this regard as soon as possible.

Sushant's case was ruled off as death by suicide by the Mumbai Police initially. Central investigating agencies--CBI, NCB and ED--have now stepped in and are probing the case further and while the truth remains to come out, it may be recalled how mental health had gained interest in public discussion. The thought that what could have gone wrong with a star who 'had it all' was balanced with the articulation that mental health problems transcend all societal and economic grounds and anyone can be a silent sufferer.

Suicide due to depression or not, this side of Sushant's case should not take a back seat and be seen as a perfect opportunity to pull the stigma out of mental ailments and those who are affected by it.

Investigative journalism has become talk of the town in Sushant's case. Relentless coverage in TV news channels has led to on-ground reporters searching for truth in various places. However, credibility of reportage has taken a serious hit as we are offered various sides of the same story. In such a case, it becomes confusing as to which narrative can be trusted more. This inevitably leads to confusion and misconceptions guiding public opinion.

Moreover, Sushant's death coverage has also created a frenzy of sorts in media houses, with some even dictating verdict on the accused since the start. Such biased versions of 'truth' create high chances of defamation that cannot be undone and those bearing the brunt of a negative image building are the real sufferers.

Celebrities are revered in our country. In the public eye, they are untouched by vices. But, Sushant's case has blown off the lid, making us aware that one of the darkest and deepest nexus of evils is rooted in the entertainment industry, in this case Bollywood. Be it drug abuse, nepotism, differential treatment of people from outside the film world or celebs taking digs at one another, Sushant's case has seen it all and more.

It has also brought to light the negative and positive aspects of the fan culture. While social media movement became a great tool to seek fair trial under CBI lens, for some, it functioned as a medium to spew hatred. Many established stars and their future generations working in the industry were unfairly targeted for having links in the film circle and their success was swept off under the rug.

While logical debate around nepotism can be fruitful, social media trolling and boycott culture don't seem as the best ways to tackle the insider versus outsider debate, more so because Sushant was himself unrelated to the film industry when he started off his career in television.

The way forward for the Hindi film industry does not seem as easy as of now. The kind of aspersions that have been openly cast in the aftermath of Sushant's death are sure to have repercussions. But in moving forward, we should not be overlooking the very aspects again that the bright talent's death has brought to the fore.