The adorable childhood photo has young Krishna and Tiger Shroff posing for the camera with goofy expressions. Take a look. 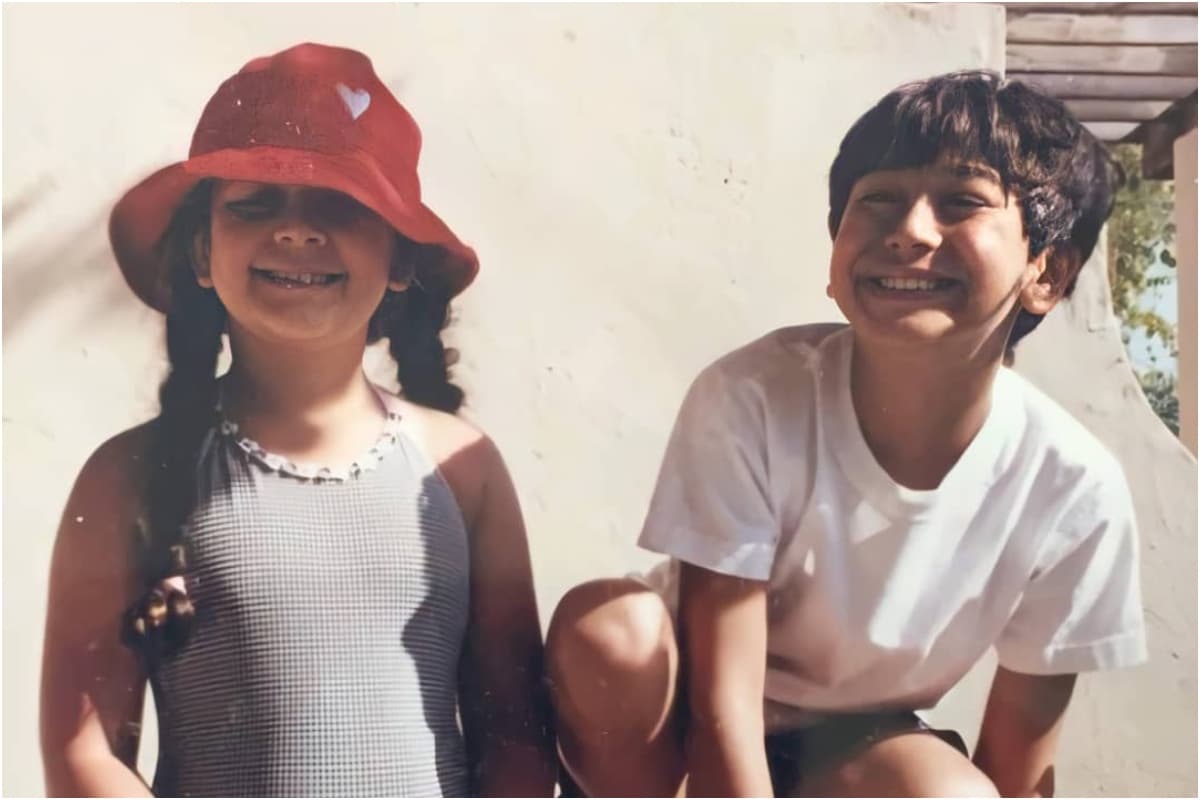 Tiger Shroff’s sister, Krishna keeps treating fans with rare and unseen family moments of the Shroff family. She recently shared a major throwback picture featuring her actor brother, Tiger. The adorable photo has young Krishna and Tiger posing for the camera with goofy expressions as the brother-sister duo smiles ear to ear. Tiger is seen wearing a white t-shirt and shorts as he tries to balance himself, whereas little Krishna looks pretty dressed in a cute swimsuit and a red hat.

This comes a day after Tiger’s song Unbelievable was released. Krishna’s nostalgic photo was to commemorate the success of her brother’s first song. Seems like, she wanted to celebrate his achievement and shower some love on him. Sharing the photo on Instagram stories, Krishna wrote, "Proud of my bestie since day 1” and added a heart and a tiger emoticon.

Meanwhile, Tiger also shared his favourite moments from the track’s video on Instagram.

Unbelievable marks the singing debut of the actor and can be currently viewed on Youtube. The music and lyrics of Tiger’s first song ever have been given by Daniel Glavin, Kevin Pabon, and Avitesh Shrivastav. He has also performed in the official music video of the song. The video has been directed by Punit Malhotra. Newcomer Simona Jesenska stars alongside Tiger in the MV.

Talking about movies, Tiger was last seen in Baaghi 3. He has Heropanti 2 to look forward to.