An executive producer from ABC spilled alllll the tea. 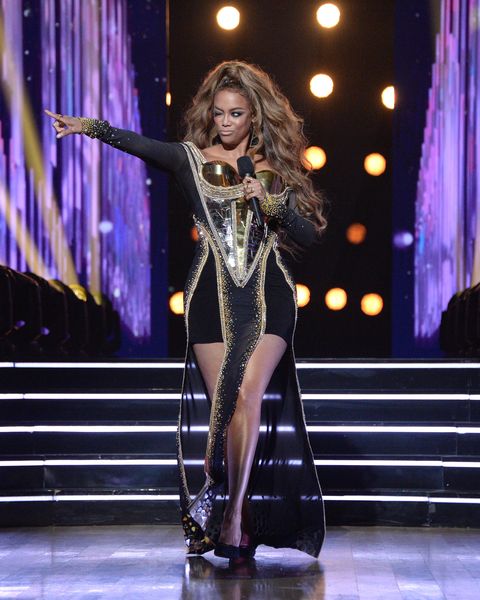 If you're anything like me, you have a blast watching ABC's Dancing With the Stars! But this year, things looked a *little* different in the ballroom—Len Goodman didn't come back as a judge due to COVID-19 travel restrictions, and dance pros Lindsay Arnold and Witney Carson took a break because they're pregnant with babies! We also got Tyra Banks as a brand new host (love her) instead of Tom Bergeron and Erin Andrews—which caused a bunch of viewers to be upset—but it seems like there was no negative reason why they asked Tom and Erin to leave.

While speaking on during ABC’s VirtuFall panel, DWTS executive producer Andrew Llinares explained that they chose to replace Tom and Erin simply because they wanted to get a new host.

“I think it’s all about evolution. I think any show like this that has been on many, many seasons needs to continue to evolve,” he said, per Us Weekly. “I think changing the host was all about evolution, it was about making the show feel fresh, making it feel new [and] kind of make it reach out — maybe to a new audience as well, as well as the audience that’s been there for years.”

Andrew also explained that bringing in Tyra was basically a power move for the show. According to him, having one host (instead of two) has been really beneficial to the switching up the show's pacing. It also seems like higher ups at ABC are digging Tyra too, because he gushed about how great of a job she's doing.

“I think it’s working brilliantly with the one host. I think it’s really refreshed the pace of the show, actually,” he shared. “I think it’s taken it to a new pace, in terms of moving faster and just feeling different. I think there’s a real danger when a show’s been on for a long time that the audience almost gets bored of the rhythm. It doesn’t mean there’s anything wrong with it. It just sort of gets a little boring — the rhythm of it. So, I think it’s changed the rhythm of the show in a really exciting way.”

He continued, and said that “Tyra is doing an amazing, amazing job. It’s just so wonderful to have her energy in the ballroom and her expertise as a host in the ballroom. I think I think she’s brought a new life to everything. It’s really exciting.”

Can't wait to tune in again on Monday night!