Watch: Vijay Deverakonda Wishes Mom With a Cute Video on Her 50th Birthday

Tollywood star Vijay Devarakonda, in a sweet gesture, posted a video wishing his mother Madhavi on her 50th birthday. 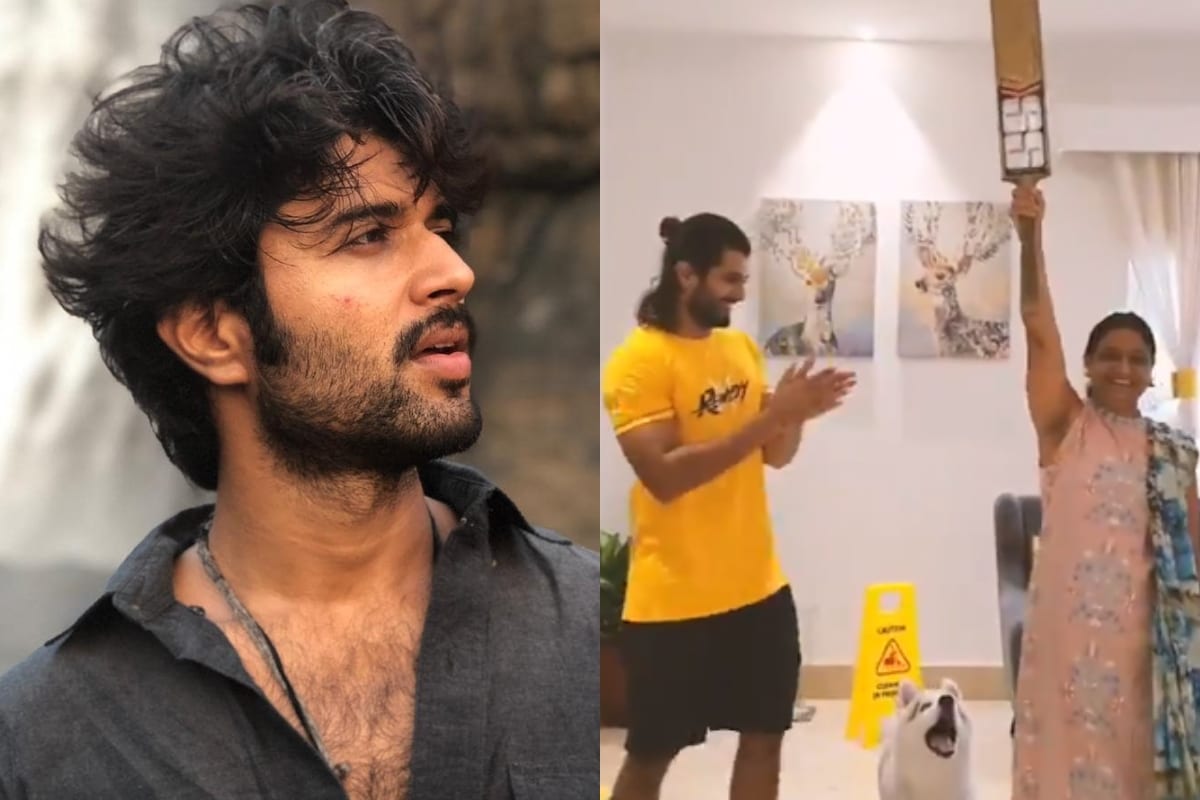 Cricket and India are inseparable. The sport’s popularity binds families, friends – young and old alike – who together stay glued to their television sets rooting for their favourite teams. Cricket almost brings our lives to a stand-still, especially when India is playing in a series or a summit clash.

The sport influences everyone across age groups and film stars are no exception. Tollywood star Vijay Devarakonda, in a sweet gesture, posted a video wishing his mother Madhavi on her 50th birthday.

In the video, Vijay’s mom rang in her 50th birthday in an unusual manner. Instead of the usual cake cutting, she can be seen hitting an amazing shot and raising her cricket bat signifying Vijay’s mother reaching the half-century milestone of her life. The Arjun Reddy star “promised that he will keep his mother happy forever.”

In the adorable video, Vijay, his brother Anand Devarkonda and their dog Storm can be seen alongside their mother cheering her on achieving this feat.

Vijay posted the video first on his Twitter handle, since then the video has gone viral and has garnered more than twelve thousand likes, 7 lakh views and over a thousand wishes from Vijay’s fans and other users.

Talking about the work front, Telugu star Vijay is currently preparing for his next, tentatively titled Fighter. Bollywood actress Ananya Panday will be seen in the lead role in this film. According to media reports, Vijay will play the role of a boxer in this film. For this, he has also taken boxing training. He also underwent mixed martial arts training for his role in Puri Jagannath directed.

It is being told that the film will be released in Telugu and Hindi languages. According to the makers of the film, an official release date will be announced soon. The Telugu star was last seen in Kranthi Madhav’s World Famous Lover.