"When you can be like 'I'm with you, I'm going to stand by you and I'm going to hold your hand, because I love you.' That's really important." 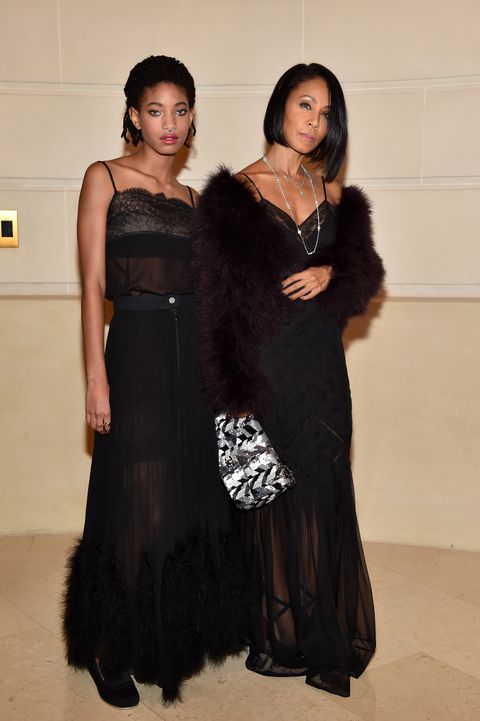 News Source/Courtesy: www.cosmopolitan.com
Willow Smith praised her mom Jada Pinkett Smith for the way she handled the August Alsina entanglement drama. Despite the situation, Willow has a ton of admiration for her parents' relationship.

Just when we thought the Jada Pinkett Smith and August Alsina "entanglement" drama was a distant summer memory, surprise! It's being brought into our collective consciousness once again because Jada's daughter, Willow Smith, has a few kind words about the situation.

During a recent Red Table Talk episode with her mom Jada and grandma Adrienne Banfield-Jones, Willow praised her mother for her honesty and vulnerability when addressing the rumors. "I want to put it on the table. I'm so proud of you. To be able to see you and Dad do that, for me, that was like, 'Okay, that's the real deal. That's real love,'" Willow said. "When you can be like 'I'm with you, I'm going to stand by you and I'm going to hold your hand, because I love you.' That's really important."

Jada admitted that getting the truth off her chest was a really big moment for her and described it as "the total breakdown of any mask" she put up in the past. "Full blast of like flaws and feelings!" she added.

When the drama initially went down, Us Weekly reported that the Smith family (Willow and Jaden included) was doing just fine following the infamous Red Table Talk episode.

"The Smiths as a family are really glad they addressed this and put everything out in the open," Us' source said at the time. "Will and Jada, at the end of the day, are like a normal couple who just happen to be glorified because they’re famous. They have fought. They have reconciled. At the end of the day, they do love each other."

Now they can put this all behind them, once and for all!