Love this for them. 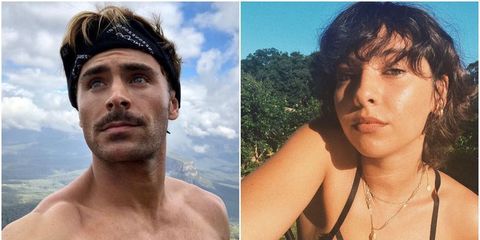 News Source/Courtesy: www.cosmopolitan.com
Zac Efron is reportedly dating Australian model Vanessa Valladares.Zac and Vanessa have been together since back in July and apparently everyone's only just noticed.

Hello, good morning, Zac Efron has a new girlfriend and I, for one, ship them. In fact, going to go ahead and throw this celebratory gif out there!

It's unclear how long Zac and Vanessa have been dating (also, maybe they're just friends—whomst knows), but they were first seen together back in July at a cafe in Byron Bay. Not much is known about Vanessa, but the Daily Mail reports that she is currently staying with Zac at Belongil Beach.

In case you're curious about Zac's dating history, Us Weekly reports that he was previously in relationships with actress Halston Sage, Olympian Sarah Bro, actress Alexandra Daddario, actress Michelle Rodriguez, and of course his High School Musical co-star Vanessa Hudgens.